When things aren’t going well we carry on anyway.  Sometimes friends advise us to act “as if” life was going better than it actually is.  It’s good advice, but acting “as if” sometimes feels like a ill-fitting suit.  It’s uncomfortable, somewhat hypocritical:

George Aschenbrenner, SJ, would have us think again. Acting “as if” is a sign of maturity.  In an article about the “the spiritual blahs,” he says:

Rather than hypocrisy, we are here in the depths of incarnational, sacramental faith. To cling to and to kiss a crucifix when we don’t even feel like giving time for prayer, to reach out to the needy person when we rather feel like turning away in withdrawal are not acts of dishonesty. These can be heroic efforts, whether quietly private or publicly observable, to sacramentalize in hope our deepest center of faith and love. Without such quiet heroism, our faith, our intimately personal relationship with God, will not mature and persevere over the long haul of life.

An important distinction, however, is at work here. We are not acting as if we believed what we actually do not believe. That is hypocrisy. Rather, we are acting in line with what we deeply believe, even though, at this moment, the emotional drive for such acting is absent. This is mature faith: to act as if we are always feeling what we deeply believe. 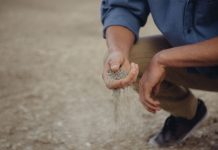 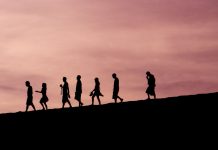 A School of Discipleship

The Examen of the Future

Five Ways the Examen Can Play a Role in Marriage