Advent is a season of hope and expectant waiting. Yet we are faced with many global crises such as climate change, war, poverty, and racism. I find that in looking at the world and its suffering, my own heart is often filled with grief, especially as I wonder about the effects of climate change on my children and grandchildren’s generations. God grants us freedom to act for love, peace, and justice, but also the freedom not to act. In light of the weight of these great and seemingly insurmountable problems, I have been wondering how to have hope.

In praying over these issues, I felt prompted to recall a prayer from the Second Week of the Spiritual Exercises. St. Ignatius asks us to meditate on the Trinity looking down on the world in the moment before Jesus is conceived. We are asked to imagine “those on the face of the earth, in such great diversity in dress and in manner of acting. Some are white, some black; some at peace, and some at war; some weeping, some laughing; some well, some sick; some coming into the world, and some dying” (SE 106). We are asked to imagine people who curse, wound, or kill—that is, the gritty reality of human sin.

In praying over the Trinity looking down on all of this, it occurred to me that God’s choice to become incarnate not only gives us reason to have hope in God. The Incarnation also reveals that God has hope in us.Hope is not wishful thinking, optimism, or being cheerful. Rather, hope, as Aquinas describes it, concerns “a future good, difficult but possible to attain…by means of divine assistance” (Summa Theologica II.II 17.1). Aquinas’s use of the term “divine assistance” suggests that there is a mutual cooperation between human beings and God. Hope encourages us to trust that what we do is meaningful, because God is supporting it and actively trying to create good from whatever difficult or even evil situation in which we find ourselves.

God has hope in us, enough to enter more deeply into the world and its troubles rather than to flee or to turn away from us. The Gospel authors emphasize that Jesus’ birth takes place in a world with its own particular forms of darkness. Jesus is born as a Jewish child into a land under Roman occupation. His birth takes place in the poverty of a stable. Jesus and his parents become refugees shortly after his birth, when they must flee to Egypt.

God never gives up on the world even in the midst of great sin and suffering. I am finding that is my own invitation: to have hope and to find the ways in which I can try to contribute actively to peace, justice, and love from my own small corner of the world. No one of us is God, but we can still act and hope in a God who hopes in us. 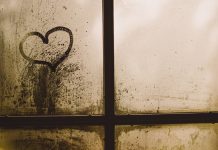 The Promises of God 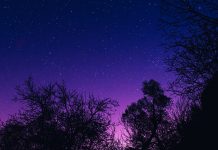 Good Habits and the Examen

Five Things the Spiritual Exercises Taught Me About Jesus

God in the Mess