Reviewing the events of our day, either to thank God or to know our sins, is familiar enough. Reviewing the feelings that those events generate is a new approach for many people. A good way to begin is, “Lord, where have I heard your voice, and how have I responded?”

Sometimes a strong emotion immediately surfaces. I was deeply saddened to get a letter from the son of an old friend telling me of her death. I was furious with the taxi driver who insisted on dropping me off four blocks from my destination. Emotions are not a matter of choice, but how we react to them is. Do I thank God for Kathy’s friendship? Can I convey that gratitude in a letter of condolence to her son? Why was I so furious with the taxi driver? Did this trivial occurrence trigger some deeper anger that I have not identified or addressed? What do I want to say to God about these feelings? Can I listen to what God is saying to me?

Sometimes the prayer reveals responses to grace that may surprise us. On a recent opera tour, the woman sitting next to me—whom I had met the day before but did not know well—asked me three times whether the opera we were seeing was a new production. The second time, I was surprised to feel compassion well up in me as I realized what had caused her to keep repeating the question. Not long ago, I might have been merely annoyed. While there is no way to explain a grace of this kind, the practice of the Examen illuminates God’s gifts and, I believe, makes us readier to respond. 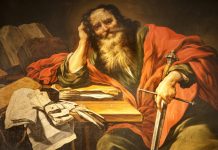 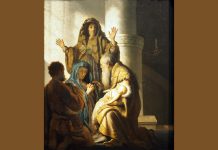