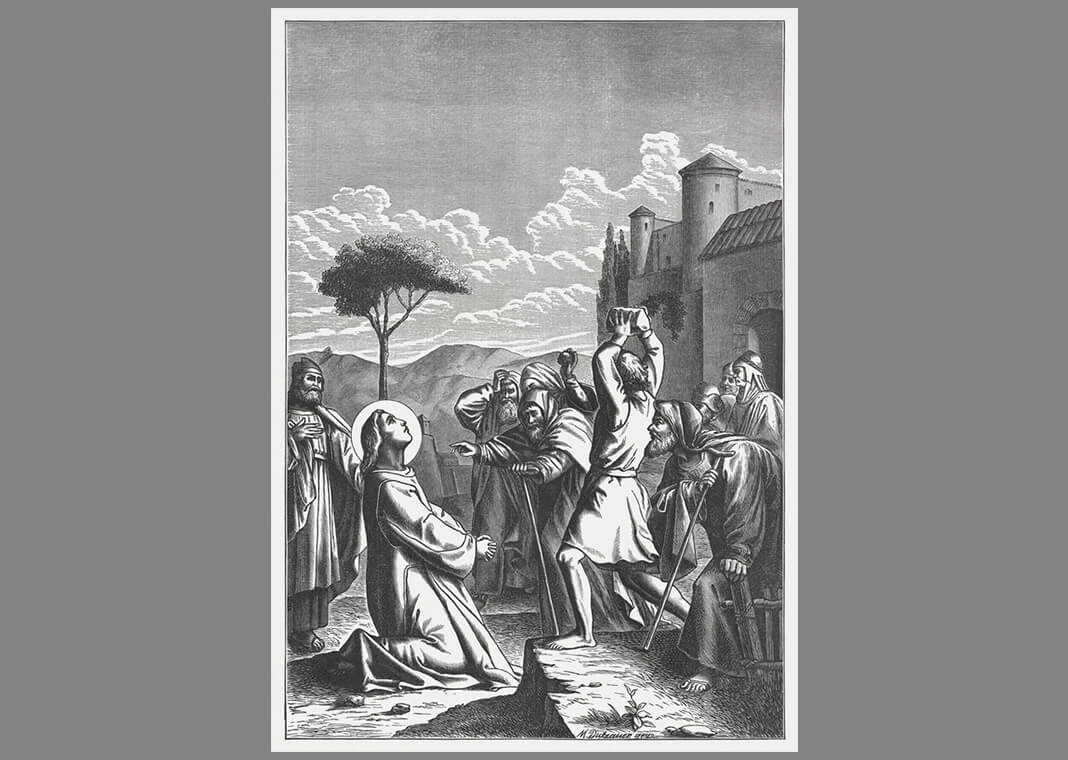 In a time of pandemic, temptations arise to live out anger and judgment of others. We want things to be different. How can I react to strong emotions from others with extra helpings of gentleness? What can we learn from St. Stephen? The following imaginative reflection is based on Acts 7:54—8:3.

The approaching angry mob was growing in size. I asked someone running ahead what it was all about. “A follower of Jesus just made the leaders so furious, they’re out of control. I think it’s going to turn violent.”

Already at the edge of the city, I watched the fury building as it rolled forward. Red-faced elders and scribes ground their teeth and shook their fists as they slurred the man called Stephen with every curse they could muster. Some were picking up rocks as they roughly shoved Stephen forward. They waved their rocks, granting permission for others to collect stones too. I stepped back to avoid being trampled. The noise was earsplitting, and the smell of overheated, overcrowded bodies enveloped me. Clouds of dust were beginning to choke my throat.

Yet Stephen appeared calm, his face set, like a warrior answering some call of a king to go into battle. He allowed himself to be pushed and mistreated but never flinched or retorted in kind. It seemed only to make his persecutors angrier.

Then I noticed Saul, a man I admire. I wondered what his part was in all this. I stood at his side as cloaks were dropped at his feet. Saul had no stones, but he was consenting, if not egging on others.

“We’ve got to destroy this movement,” Saul said with determination. He seemed to have caught the contagion of anger. “We’re going to find where these people live and drag ’em out. We’ll see if they follow this prophet (He spat out the word scornfully.) after they’re jailed for a while.”

I watched Stephen’s face almost glow as the rocks flew. When he fell to his knees, Stephen spoke in a voice full of compassion. I was utterly amazed. Rather than cowering, he was praying, asking Jesus to receive his spirit. He had no fear or anger. I know I’d react very differently; I’d probably recant with the first blow. Most shocking, I remember, was Stephen asking God not to hold this sin against his killers. Could I ever do that?

After Stephen died and Saul congratulated the men picking up their cloaks, I went along with Saul, but I felt conflicted. Within a few days, he would invite me on a fateful journey to hunt down these Christians. Anyone daring to promote the cause of Jesus would be persecuted severely. As I observed Saul mumbling vicious threats under his breath, the memory of Stephen’s behavior flashed through my head. I listened to Saul ask for letters from the high priest that would allow him to tail the fleeing Christians and bring them back to Jerusalem for punishment.

I wondered which man was choosing the better path: the one so angry he was insulting others in vociferous protests, or the one who resignedly accepted suffering with peace and even contentment? 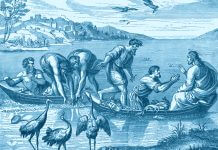