Sunday was the 100th anniversary of the sinking of the Titanic, and it turns out that there’s a Jesuit angle to the tragic story.  An Irish novice named Francis Browne was aboard the ship on the first leg of its maiden voyage from Southampton, England to Cobh, Ireland.  He wanted to continue on to New York, but his superior ordered him to leave the ship and come home.  He dutifully complied, and he had a long career as a Jesuit.

In 1985 another Irish Jesuit discovered a trove of Fr. Browne’s photos, including some taken on board the Titanic.  They are the last images of life aboard the doomed ship, and were used for reference by the producers of the movie Titanic.  You can view some of them here. 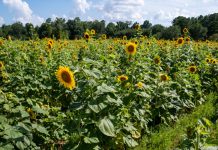 Eight Photos of Experiencing God in the Ordinary

Advice That Applies in More Than One Context