When I was in college, I studied abroad for a year in Madrid, Spain. The father of my host family was a teacher in a grade school. In the late fall, he asked me to come to work with him and give a presentation to his students on the American holiday of Thanksgiving.

At first this sounded easy, but as I prepared my notes it became apparent that my six years of Spanish were not up to the task. I didn’t know how to translate pilgrim, Native American, turkey, or pumpkin pie. I found these in my dictionary, but inexplicably, cranberry, stuffing, cornucopia, and Jell-o salad were all missing. Confidence low, I made caramel apples as a back-up plan.

At first, the students gamely followed my directions on how to draw a turkey by outlining one hand with five colored crayons. I could tell they had some doubts about the existence of a four-winged multi-colored edible bird, but they didn’t argue too much. To them, pilgrims were religiously minded people who walked a long way in order to reach a church, so the story of the sailing boats going to a pagan continent didn’t quite mesh. They also refused to believe that Americans enjoy a dessert made out of squash. And try to describe Jell-o salad to a crowd of suspicious ten-year-olds who think all salads ought to contain some sort of green vegetable.

Worn out with explaining Thanksgiving, I presented them with the caramel apples. They immediately understood what the whole day was about. 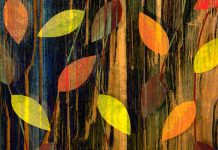 From Secular to Sacred: Go All Out! 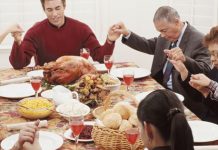 The Examen and Holiday Family Times