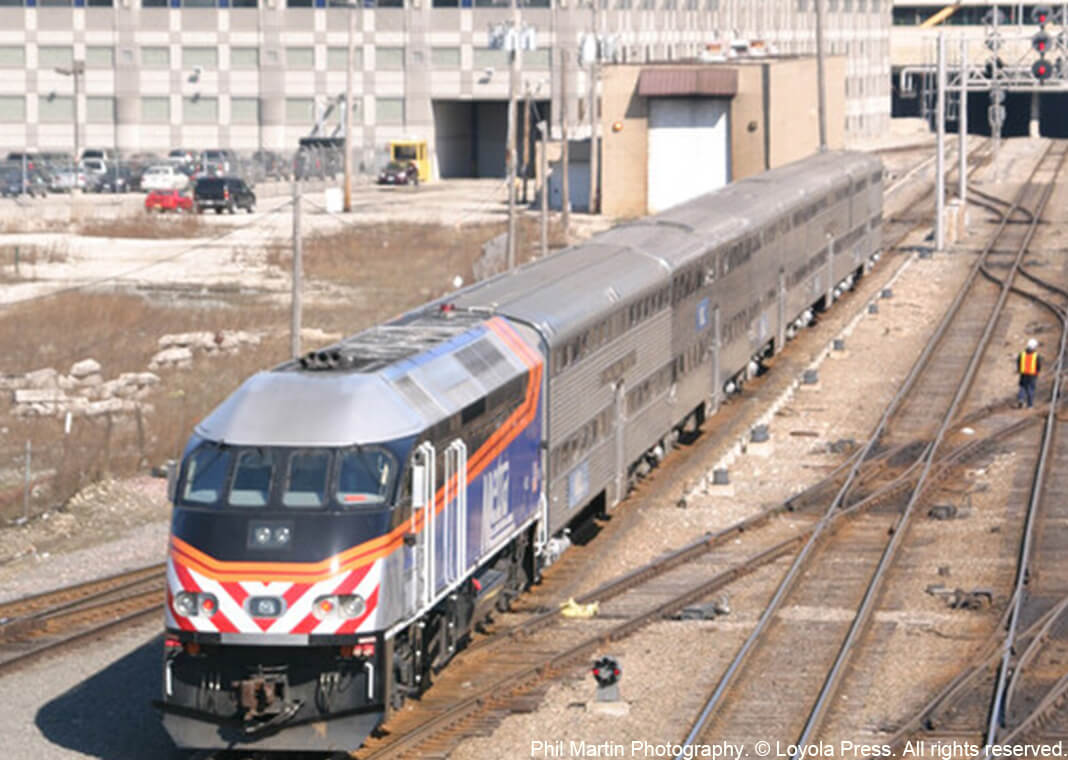 “For the train people.”

The street crossing altered the hum of the railroad ties underneath us. I looked up at the change in rhythm and noticed graffiti on the side of a building. What did the artist mean, “For the train people”? I wondered if it were painted in the dark of night or in early morning. Did it appear the week before, but I only noticed it today?

I felt an odd connection to the stranger who left that note for me and the other passengers. Perhaps God was trying to tell me something. Today I was spending my morning ride trying to pray.

A commuter train is a great equalizer. Social hierarchy is irrelevant when seats fill on a first-come, first-served basis. A homeless man safely napped; a student focused on an assignment; a businessman reviewed his laptop as he prepped for a high-powered meeting in the big city; and a toddler bounced with glee simply looking out the window next to her nanny. We were plucked from one city and plopped in another 45 minutes away.

For a moment, we were together, but were we a community? Did we notice, care about, and even pray for each other?

On the platform waiting for our morning train, which one of us first smiled at the other and said hello? After a year of exchanging a few sentences, Claire and I became casual friends. We knew plenty about each other. Once our train arrived, we honored the sacred silence and sat in separate cars.

On the way home, I spent weeks nodding to a man and smiling before I finally learned the reason he looked so sad each evening. He visited his wife of 52 years in acute care and hated leaving her. From then on, he smiled whenever I approached, and we talked of many things, including his childhood in Holland. Then one day, he wasn’t there, and I never saw him again. Our tracks no longer crossed. Had his wife died? It hurt to lose this casual friend. I was tempted to stop bothering to get to know people.

“For the train people.”

What if Christ wrote that message on the wall, to remind me to see and care for others despite differing politics, health, occupations, aspirations, worries, homes, and the architecture of our lives?

So many people travel on different tracks. So many mysteries about the lives of us passengers! And some anonymous graffiti artist mattered to me, inspired me, and will never know it happened.

It was the hand of God, who can use anything to get noticed, and does. 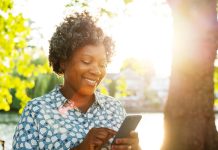 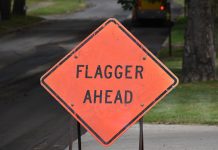