From Heroic Leadership: Best Practices from a 450-Year-Old Company That Changed the World

The magis drives a person toward something more, something greater. Chris Lowney describes what the magis can mean for leaders on a daily basis. 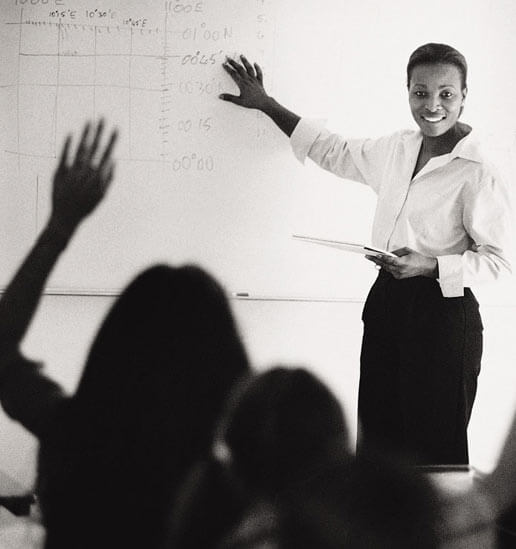 Most people wonder about their capacity to act heroically should a momentous opportunity suddenly present itself. Loyola’s Spiritual Exercises forced recruits to consider instead their capacity for heroism on a daily basis. Jesuit heroism is not just a response to a crisis but a consciously chosen approach to life; it is judged not by the scale of the opportunity but by the quality of the response to the opportunity at hand. For the Jesuit teacher, every day presented a choice, summed up by [Pedro] Ribadeneira: either another day spent with brats, “so frivolous, so restless, so talkative, and so unwilling to work, that even their parents cannot keep them at home” or another day devoted to a business so vital that “all the well-being of Christianity and of the whole world” depended on it. Every pursuit offers its own version of the same choice. How one chooses profoundly affects personal satisfaction and performance quality; after all, how can you not be motivated when the “wellbeing of the whole world” depends on what you do?

This mindset wasn’t a mental trick they played on themselves. They were consciously committed to extracting every kernel of potential from every moment and had the foresight to see what could happen when that commitment was multiplied many times over. So one teacher at a time, one student at a time, one year at a time, one school at a time, they created the world’s most extensive and highest-quality education network. If all politics is local, as Jesuit-educated Tip O’Neill once observed, so too is all heroic leadership. Great results emerge one motivated individual at a time.

Magis-driven leadership inevitably leads to heroism. Heroism begins with each person considering, internalizing, and shaping his or her mission. Whether one works within a large organization or alone, no mission is motivating until it is personal. And it is sustainable only when one makes the search for magis a reflexive, daily habit. A magis-driven leader is not content to go through the motions or settle for the status quo but is restlessly inclined to look for something more, something greater. Instead of wishing circumstances were different, magis-driven leaders either make them different or make the most of them. Instead of waiting for golden opportunities, they find the gold in the opportunities at hand.

Heroes lift themselves up and make themselves greater by pursuing something greater than their own self-interest. Our classic heroic role models often do so through extraordinary bravery at uniquely critical moments. But heroism is not limited to these rare and privileged opportunities. They are also heroes who demonstrate the courage, nobility, and greatness of heart to pursue a personal sense of magis, to keep themselves pointed toward goals that enhance them as people.

Excerpt from Heroic Leadership: Best Practices from a 450-Year-Old Company That Changed the World by Chris Lowney.

The Foundation of Heroism: Magis by Chris Lowney

The Spiritual Exercises and Wall Street

God as the Great Baker

Listening for God in Nature

Ignatius’s Presupposition and Intent in a Social Media Comment

God in the Wounds