I took my girls to a place called Purgatory Chasm and had a metaphor experience.  Metaphor experiences are of course those things you do which, once they are accomplished, emerge as perfect metaphors for life.  And I tend to encounter them frequently because I look for them, and that, according to my wife, makes me unusual.

Entering the place I had visions of Dante running through my mind (purgatory and all that, though the place looks much more like the entrance to Dante’s inferno).  But I’ll cut to the chase: a place called Fat Man’s Misery–a cleft in a massive wall of granite which some people can slide through sideways.  So here’s the story: of course I wanted to do it, and so I lowered myself down into the cleft.  A man high above the rock indicated that there was another way down and out of the cleft, a way which was not visible from where I was standing.  I trusted him, and went further down and into the cleft, lowering myself again to another level before emerging out the distant side.

Now on one level this is not a bad metaphor for the spiritual life: we trust those that have gone before, those who tell us that the path may be difficult but that it gets us where we’re going.  Trusting people is part of the spiritual life, and a certain amount of courage is necessary.  So far, so good.

But here’s where it gets interesting: my two girls wanted to go through the cleft as well, and so now the trusting of the other had an altogether different import.  I was responsible not only for myself, but also for my girls.  I could not make a reckless decision which I as a younger man might have made just for fun.  When I emerged out the other side, I had to proceed up and out of the chasm in order to judge whether the way was safe for them; otherwise we would have had to retrace our steps through Fat Man’s Misery.

Here’s my point: faith takes on new dimensions of meaning when one acts upon it mindful of how it will affect those he loves.  (I think of someone like Thomas More, whose martyrdom left five children without a father.)  As I left the chasm, I considered how fatherhood has affected my own faith, and what is most clear is that it gives shape to the kind of decisions I make about how to be a disciple of Christ.  Whatever I do, I do as a husband and as a father, not as an individual.  And in my experience, those relationships add depth and meaning to faith.  At the end of the day, I can return to a basic question: how have I loved my wife and daughters?  (A good question to include in an examen.)  As I look back over seventeen years of marriage and ten years of parenting, I think that above all else, the vocation to family life is about beginning a pilgrimage of learning to love, and that pilgrimage constitutes the life of faith.  It is not always easy or fun; sometimes the way is difficult and unclear.  Sometimes I need people like the guy up above the rock to tell me what the path is like.  But always I am traveling with my family, and when I finally meet Jesus face to face he will ask me how we managed to stick together through it all. 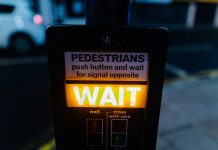 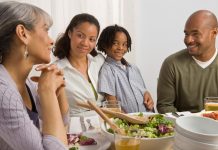 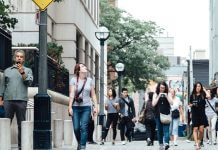 Growing My Trust in God