The other night I had some down time.  I was plugged-in: I channel-flipped between the Tigers-Yankees playoff game and the presidential debate, texted with my son about politics and sports, played Words with Friends with my daughter, fiddled with my Kindle, and intermittently chatted with my wife about this and that.

Some call this multitasking, but it’s not.  You can pay attention to only one thing at a time: Justin Verlander’s pitch selection or my wife’s question, what the candidates are saying about tax policy or a text message.  You can’t really do two things at once, much less three or four, but you can rapidly shift your attention from one thing to another in minutes or seconds, and that’s what I did the other night.  It was a mixed bag.  I was in touch with many things (including my kids), but it wasn’t deep. I didn’t really grasp any of it.

I read somewhere recently (on the web, probably) that the most important cognitive skill in the years to come will be the ability to focus.  Technology vastly increases available information (i.e., potential distractions) and gives us habits of rapid attention-shifting.  The rarer skill is the ability to pay concentrated attention to a task for extended periods of time.  That has an Ignatian resonance.  The examen, discernment, imaginative prayer–all of it requires paying close attention.

The morning after the presidential debate and the playoff game I had a bad time with distraction while I was trying to pray.  I’ve always battled distractions, but they seem to be getting worse.  Or has my ability to focus grown weaker?  Most likely both.  It’s a problem I need to pay attention to.

Image by WideWellWoman under a Creative Commons license. 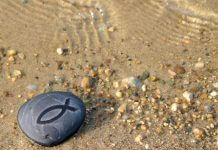 Wake Up and Love 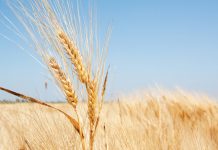 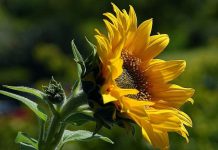 A Discipline of Noticing