Arrupe College of Loyola University Chicago is scheduled to open in August, 2015, as the world’s first Jesuit community college. According to a story in the Phoenix, Loyola University’s student newspaper:

It is an extension of Loyola and aims to provide prospective students with the same liberal arts core curriculum classes offered at the university, but at a more affordable cost, according to the Rev. Stephen Katsouros, S.J., Arrupe’s dean and executive director….

“This is really the result of President Fr. Garanzini. His vision and the Jesuit mission of making this kind of education available and accessible to lots of different people, particularly people who are marginalized economically,” said Katsouros. “The Jesuits and our colleagues do not want our colleges and universities to become elite. [If we do so] we are leaving such great and college-deserving students behind.” 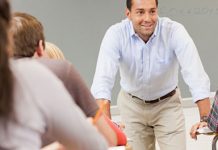