We cannot choose correctly all the time. That plain fact inhibits many of us from making as many choices, and bold choices, as we ought to. Particularly prone to choice phobia are smart people who excelled in school and have ever since imagined that the real world would be similar to that setting. They shrink from making choices where an A—a good result—isn’t clearly in sight. Fear of failing or of looking foolish becomes a subtle but driving disordered affection behind their reluctance to make big choices.

The story goes that Pope John XXIII’s personal secretary strenuously attempted to dissuade the pope from convening the Second Vatican Council, fearing that the momentous initiative would prove disastrous and taint the pope’s legacy. The pope’s reply to his reluctant secretary reveals a profound mastery of discernment as Ignatius understood it: “You’re still not detached enough from self. You’re still concerned with having a good reputation. Only when the ego has been trampled underfoot can one be fully and truly free.” Think of it this way: only when you are free to risk failure are you free to risk success.

What St. Ignatius No Longer Saw 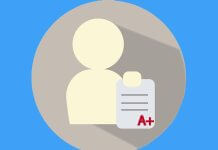 God Gives Us an A

If You Are Looking for God, God Will Find You