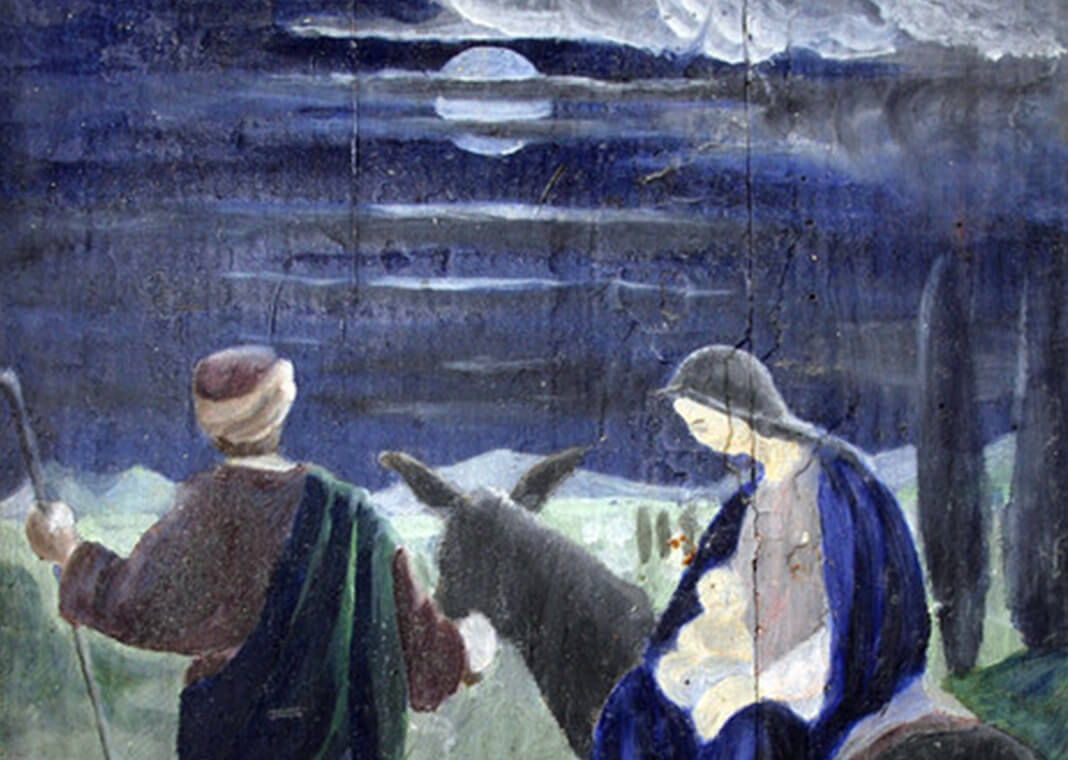 It’s easy to distance ourselves from the birth of Jesus. After all, it happened more than 2,000 years ago, and it happened in a place quite different from where most of us—the blog-reading community—live. A few of us have seen the Holy Land and understand a bit more about the landscape and the people, but still, there’s so much we don’t know about what actually happened when the Incarnation announced itself in the cries of a newborn baby.

Why not try to imagine the situation translated to this place and time? Consider these characteristics of the situation:

Mary and Joseph were probably already saddled with a bad reputation because of the timing of her pregnancy. It would have looked particularly bad for her but also for him. We won’t linger on what out-of-wedlock pregnancy really meant in that culture, but just try to imagine two people dealing not only with a first pregnancy but with very shaky standing in their home town.

They were working-class people. Joseph had a trade, so they weren’t at the bottom of the social strata, but they were not people of privilege, and they lived from one “paycheck” to another. They had no financial safety net. Don’t even think health insurance.

The journey they took to Bethlehem was harrowing because they were under hostile occupation, and there was a history of oppression and brutality when it came to Romans ruling the Jews. It would be similar to undocumented people trying to travel across our borders when there’s a huge political crackdown on immigration. Or, more ironically, it would have been similar to what present-day Palestinians have to deal with in various regions of the Holy Land, where Israeli occupation makes it impossible for people to get medical care, go to work, or even keep their homes. In other words, Mary and Joseph were extremely vulnerable and had no real power over their situation.

After months of preparation for the birth, undoubtedly with female relatives and a local midwife involved, Mary would end up giving birth who-knows-where, and if she were lucky, perhaps she would get help from someone. Imagine doing all the prenatal preparation, the classes, getting to know your medical helpers, only to end up in labor in a small town that is overrun with people attending a huge festival or conference play-off. The hospital is already full and the small staff overwhelmed. Or, I like to imagine out-of-town immigrants landing at Chicago’s Cook County Hospital emergency room—on a weekend, at the height of summer tourist season.

If Jesus were born in your town, how would that look?

This post is a part of An Ignatian Prayer Adventure, Week 4.