Every year some 100,000 undocumented minors are picked up by the U.S. Border Patrol as they try to enter the United States. Posada is a 55-minute documentary film that tells the story of three who stayed. The film was written, produced, and directed by Mark McGregor, SJ, who teaches film at Gonzaga University. He connects the journeys of the three youths to the annual Mexican “Posada” Christmas procession which depicts Mary and Joseph’s search for shelter before Jesus’ birth.

The film is part of the Posada Project, which is promoting local posadas this Christmas (2009) to support immigration reform. Here is the trailer for the film. 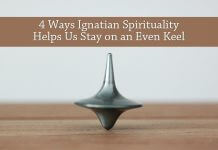 Four Ways Ignatian Spirituality Helps Us Stay on an Even Keel 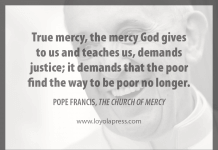 What Do the Pope and Dr. Seuss Have in Common?

As Many as Possible of the Very Best