I grew up in a house that was well over a hundred years old. This house had a series of cast-iron radiators to keep it warm. During the winter months, the furnace would kick in and the heat and pressure would move the warmed water through the pipes and heat the house (when the furnace wasn’t broken).

Every year, though, we had to bleed the air from the pipes, which means we had to open the valves in the radiators to let out all the air that had accumulated in the spring and summer when the heating system wasn’t working. It’s a pretty simple thing to do. You start the furnace, and then at each radiator you use a special key to open a pressure valve that lets out all the air inside the pipes. If you didn’t bleed your pipes every year, it could make for a very dangerous situation. Worst-case scenario: pipes with air in their systems can clang and shake, which can lead to bursting and water damage. Even if it’s not that severe, it causes the system to run inefficiently.

Prayer is a lot like bleeding your pipes. You are a powerful, wonderful creation, and God wants you to run as smoothly as possible. Sometimes things don’t function correctly. Pockets of discontent and doubt can creep into your system, and once pressure is applied it can make you buckle, shake, and sometimes pop. Prayer allows you to open the valve, to let the air out so that the steam of the Holy Spirit can flow through you in a continuous stream. The more you pray, the more efficient you become in your life.

—Excerpted from The 15-Minute Prayer Solution by Gary Jansen 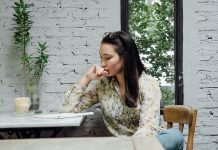 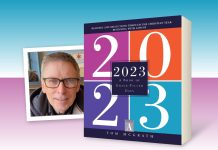 Take This Resentment Away