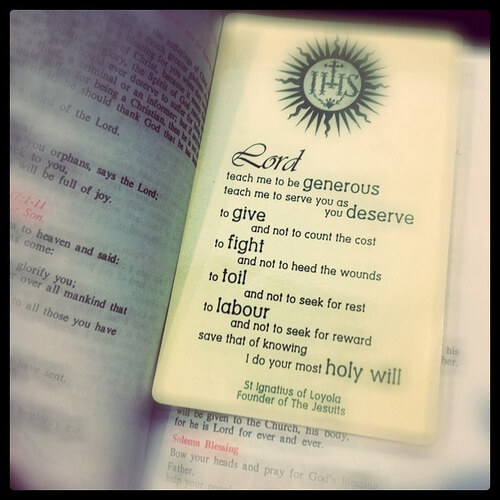 A while back, I felt deflated when I discovered that the wonderful Prayer of St. Francis (“Lord, make me an instrument of your peace”) wasn’t written by Francis at all. It was written in 1912 by a writer for a small French Catholic magazine. My disappointment wasn’t on the level of discovering the truth about Santa Claus and the Tooth Fairy, but it stung a bit. I wish Francis had written it in the 13th century.

So imagine how I felt when I found out that something similar is likely true of St. Ignatius’s wonderful prayer for generosity. You know it, I’m sure:

Lord, teach me to be generous,

to serve you as you deserve,

to give and not to count the cost,

to fight and not to heed the wounds,

to toil and not to seek for rest,

to labor and not to look for any reward,

save that of knowing that I do your holy will.

Turns out that no one can find any reference to this prayer before 1897. The oldest publication of it dates from 1910, where it appeared as “The Scout’s Prayer” in a French Boy Scout manual. The author is unknown, but no one who has looked into the matter thinks that it was Ignatius. British Jesuit Jack Mahoney has all the details on the website ThinkingFaith.org.

I’ve prayed the Prayer for Generosity many times, thinking that Ignatius wrote it. Does it matter that he didn’t?

I don’t think so. It’s a great prayer. It expresses wholehearted commitment, a desire to imitate Christ, a generous spirit, and a readiness to work hard–all sentiments associated with Ignatian spirituality and the Spiritual Exercises. They fit Ignatius perfectly. You feel like he could have written that prayer, just as St. Francis could have written the prayer attributed to him.

Maybe Ignatius didn’t write the Prayer for Generosity in the 16th century. But the spiritual movement he started was healthy enough in the 20th century to produce a prayer that sounds just like him. That’s impressive. 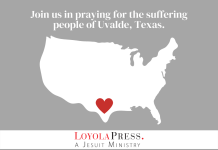