When my mother was dying, the family gathered around her bed as she was anointed. Four of the five of us children were there. My brother suggested we call Jim, the oldest brother, on the phone to connect with him in this sacred moment as we prayed and sang. From halfway across the country, Jim could hear what was being said in the room via the cell phone that rested near my mother’s head. When the priest suggested we each sign her forehead with a cross and tell her what we wanted to say to her, I asked Jim if he wanted to say something to Mom. I tucked the phone next to her ear, and we could hear his tearful and loving voice give her a message.

A few years later, I attended the funeral of a woman whose granddaughter, Mary, was in India and could not come back to the U.S. for the services. But during the funeral, in the front pew, a woman held up an iPad with Skype so that Mary could “be there,” and watch the services and hear the readings and the homily. As we processed up for Communion, the woman turned the iPad toward the line of people passing the front pew. There on the iPad, Mary, from her room in India, tearfully looked up at those who were mourning her grandmother as she was. A number of people stopped to touch the iPad in greeting, as Mary nodded in recognition.

As I write this, I have one eye on a webcast from Nebraska’s legislative body 60 miles away. I can check in on them periodically as they debate and prepare to vote on whether or not to end the death penalty in our state.

All of these are examples of how technology can be a wondrous way to connect with each other in ways impossible before. As computers, smartphones, and the Internet change our lives at an increasingly rapid pace, Pope Francis urges caution. He says that technology needs to be handled with restraint if it is to serve as “a network not of wires but of people.”

Today that network of people includes 12 Jesuit colleges and universities from the U.S., gathering to discuss how our schools will form women and men who will engage in solidarity with those on the margins of our local communities and the wider world. These Heartland-Delta meetings will help us reflect on how to answer the call from Pope Francis and our Jesuit tradition to take on the “globalization of indifference” through attentiveness to the poor and vulnerable. The meeting will happen virtually, with hundreds of us staying on our own campuses, pulled together by computer and satellite connections. Each of our keynote speakers will give a talk, heard at the same time, carried into the largest rooms on our campuses. We will hear about a community of kinship with gang members in Los Angeles, learn from the rural poor in El Salvador, and ask how Jesuit universities can work together on projects far beyond our own neighborhoods and nation.

Technology can be a major distraction or an incredible boon in our lives. Some days it is both. But it is at its best when it draws us closer to God and to being a community of God’s people.

Ignatius at University: Finding His Tribe 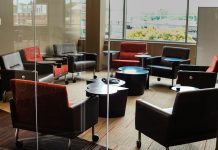