IgnatianSpirituality.com®
More
More
Home Ignatian Prayer To Fight and Not to Heed the Wounds 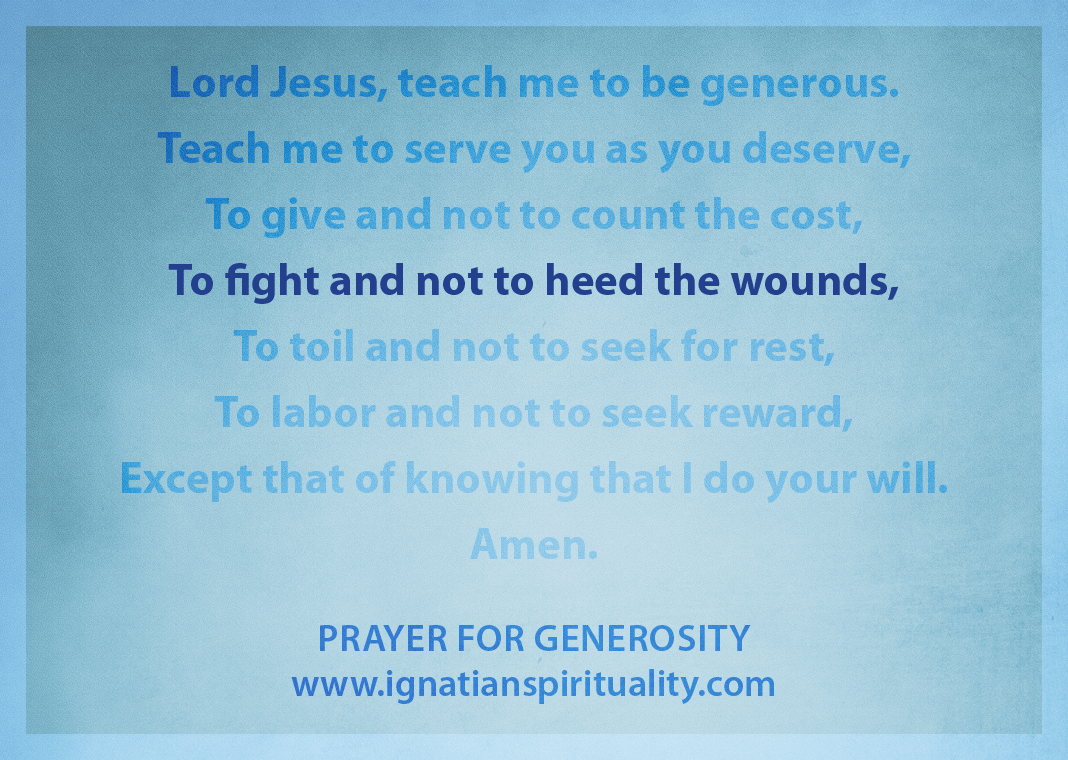 “To fight and not to heed the wounds.”

Who is able to do this?

Reflecting on this sentiment, the image of a knight comes to mind. Only one fortified by an utterly consuming commitment and devotion to the one he serves could be so driven as to be able to ignore his own wounds.

I envision the young, battle-scarred Ignatius limping toward the altar of Montserrat. With a grand flourish and deep bow, he places his sword on the altar before the Virgin and Christ Child. Vowing to put on “the armor of Christ,” he keeps vigil before the altar through the night. With the breaking of the dawn, he exits the chapel, dons a long sackcloth, and hands his velvet robes to a stunned beggar. With this gesture, he disavows his noble heritage and chivalric dreams.

Ignatius’s call to generosity still rings out to those courageous enough “to fight and not to heed the wounds.” Through his own example of generosity, he challenges us to ask:

Sit with these questions. Ask the Spirit to enlighten you and show you in what ways you are being called to greater generosity. You might even ask St. Ignatius to accompany you as you enter your own quest. 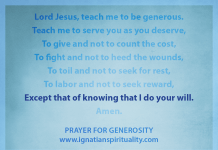 Except That of Knowing That I Do Your Will 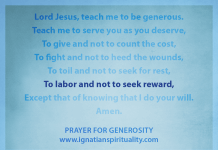 To Labor and Not to Seek Reward 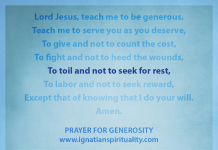 The Examen of the Future

Five Ways the Examen Can Play a Role in Marriage