With the feast day of Saint Augustine coming up later this week (August 28) I have been thinking about his (likely) influence on Saint Ignatius—specifically, Augustine’s writing about desire in his autobiographical Confessions. One of his most insightful comments comes upon reflecting on his first experience of heading off as a student to the big city—Carthage, in north Africa—and falling into a “swirling cauldron of lust.” (I love this language in translation by RS Pine-Coffin.)

I read this text with my first-year students and ask them to consider whether the description is apt. Augustine describes his young self as not yet being in love, but rather desiring to be in love—wanting, in other words, to feel that rush, that high that comes from first love. We now know that the rush is from chemicals like dopamine, “feel good” drugs that our brains generate in response to various stimuli. And we can trick our brains into generating these drugs by looking at pictures or reading romances.

Augustine digs deep in his account of desire, asking in essence where it came from and how for so long it steered him toward misery (including a long-time concubine and a child out of wedlock.) At one point he offers the weak prayer, “Lord, make me chaste! (But not yet!)” I am reminded of one of the desert mothers who similarly struggled with chastity all her life—Christopher Jamison writes of her in his book Finding Happiness—who prayed not that the desire would be taken away, but rather that she would be granted strength to master it. The desire was energizing as long as it did not master her.

For Augustine, sin was not in desire itself; it was disorder in one’s experience of desire. When desire masters us rather than our mastering desire, we fall into sin. We make life choices that do not lead us in the direction for which God has made us. We desire not what God creates us to desire, but rather the feeling of false or temporary desire—the chemical rush of feel-good drugs which, over time, wears off, only to be replaced by the next rush.

Ignatius understood that desire could lead us to life or into sin and death. That is why at the beginning of his Spiritual Exercises he indicated that the exercises were designed to “overcome oneself, and to order one’s life, without reaching a decision through some disordered affection.” The experience of desire is part of every person’s life; the ordering of desire is the invitation to holiness. 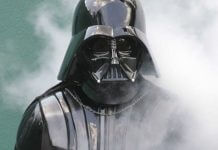