Last spring, the Vatican opened the canonization process for Walter Ciszek, SJ, the American Jesuit who spent 23 years as a prisoner in the Soviet Union.  This month the Jesuits are highlighting Fr. Ciszek’s life and the theme “A Life in Service” for Vocation Month.  Here’s something a Jesuit said about him, and I don’t think it applies to just  priestly vocations:

UPDATE: The Ignatian News Network has just released a video about Walter Ciszek. View it here. 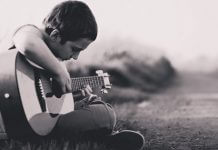