Sometimes it takes a bolt of lightning to release our creativity and kick-start the emergence of a new way of thinking or doing or being. Scientists say that it may have been like that when life first began to evolve on this planet, that violent charges from the electric storms raging above the crashing seas were the triggers for chemical change in the “primordial soup” where the elements of life were awaiting conception.

Certainly I have noticed this pattern in my own life. When times have been stable, and, though I might not have admitted it, there was plenty of time and opportunity to do something creative, I in fact became sluggish and stagnant, like a puddle of that primordial soup. Nothing flowed, and the days kept on coming and going with no movement forward. But when life fell apart and I had to adjust to new patterns, a new place, new people, and I was feeling stressed and pressured and didn’t know how I was ever going to come to grips with things, then, for no obvious reason, I also seemed to become more creative. Ideas began to flow again, and somehow I found the time to explore and express them. The bolt of lightning had kick-started a new phase of inner growth.

In the bigger human story, history shows that it is often in times of crisis that humanity discovers itself. War, though it is an indictment of our failure to be decent and mature human beings, can also bring out the best in us, as we care for one another and work together in new ways to deal with the situations that war causes. Disaster often calls forth new depths of resourcefulness and altruism that we never knew we had. Evolution moved forward most rapidly when conditions on the earth were hostile, such as during the Ice Ages, when human beings had to invent new ways of surviving. We learn more from our failures than from our successes. Every failure is a potential learning point. It is said with some truth that we are often at our best when life deals us its worst.

It doesn’t have to be anything as terrifying as a bolt of lightning. Sometimes just a small change in our situations can bring about a new growth spurt. Perhaps a change of scene, a journey, a visit with a friend, or even a book or a movie that excited new passion in us—all these can start a new pattern going in our minds and hearts and souls.

—Excerpted from The Other Side of Chaos by Margaret Silf 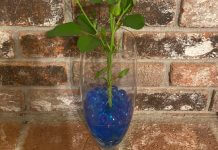 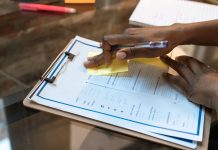