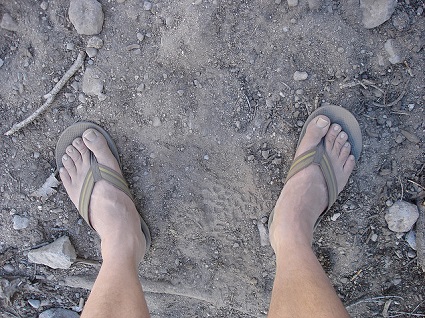 In the ancient Middle East, men who trained to be rabbis memorized the laws and traditions of the Hebrew Scriptures. The final stages of this process involved applying to a well-known rabbi and asking to be one of his disciples. If the rabbi agreed, the disciple would follow him everywhere, in hopes of becoming just like him. There are even ancient stories that say disciples followed so closely they were covered by the dust of their rabbi’s feet.

Rabbis were the elite ones entrusted to pass on God’s promise to God’s people. Not everyone could be a rabbi, and those who didn’t make the cut returned to their family trade, making wine, farming, or fishing.

When I imagined Jesus choosing me as one of his disciples, I immediately felt unworthy. I didn’t know enough theology, and my knowledge of Scripture was nearly pathetic. I simply wasn’t good enough. But Christian author Rob Bell brilliantly writes, “Jesus calls the not-good-enoughs.”

Jesus looked at me with love, and I dropped everything to follow him. It’s a moment in my Ignatian Prayer Adventure that I can never forget. He took a chance on me—burned out, broken, confused, not-good-enough—and he chose me to be his student, teaching me how to be like him. Recalling this simple truth helped me to remember Jesus’ affinity for the weak and the broken and the way he brings out the greatness deep within us.

This week of the Exercises gave me more peace than I’ve had in a long time. Why? Because I spent quality time with my rabbi, following him closely. We went to different towns healing and giving life to those who were spiritually dead. It was a journey that was intimate and real—one that made me excited to follow with all of my being.

My prayer is that you realize you’ve been chosen—chosen in your brokenness to be one of Christ’s great ones. And in your journey together, may you follow so closely that you are covered by the dust of the Lord’s feet.