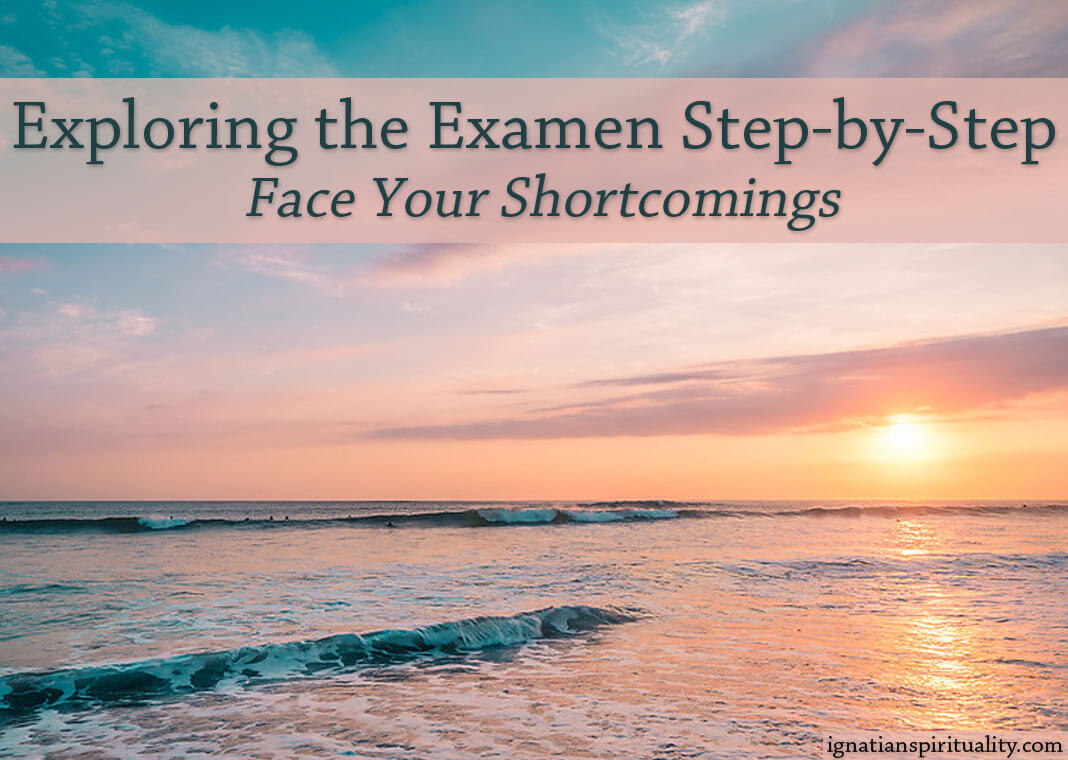 Editor’s note: We continue our series exploring each of the steps of the Examen. We’re using the Examen version from Jim Manney’s book, A Simple, Life-Changing Prayer. We’ll look at a different step each week.

The Examen entered my life a few months after Hurricane Katrina hit South Louisiana. At the time Katrina hit, we lived in Baton Rouge, and I was working for the Diocese of Baton Rouge. Everywhere I turned in the months after Katrina I felt I faced another reminder of the devastation of the storm. The impact on close family members, friends, colleagues, neighbors, and even strangers overwhelmed me.

I didn’t realize it at first, but over time I came to understand that the loss of life and the suffering around me caused a crisis of faith. People were asking me daily, because I was in ministry, How God could let this happen? Where was God in this storm? What they didn’t understand is I was asking these questions myself. I was doing my best to avoid facing the questions I was asking.

About nine months after Hurricane Katrina, I was sent on silent retreat by my boss. He strongly suggested all of us in the office take some time to go be with God and be renewed. Wise man that he was, he sensed that many of us were struggling. During my silent retreat, on the very shores of the lake that did so much damage in New Orleans during Katrina, a priest named Matt Linn, SJ, taught me how to pray the Examen. It was my first time hearing about this prayer method. While I remember many details about learning how to pray the Examen that weekend, one of the most striking was the fourth step of the Examen, in which we face up to what is wrong in life and in ourselves.

As Fr. Matt guided us through this fourth step of the Examen, all that I had bottled up in me about the storm came pouring out of me. God ever so gently helped me name all that felt wrong in life and in me. I was able to name my questions of faith, the grief I felt, the sorrow within me, and the sufferings of those around me. The Holy Spirit brought those things that were sources of desolation to mind. It was like a dam breaking as God’s mercy began pouring into all the places I had been holding back from God. For months after my silent retreat, I prayed the Examen daily. Bit by bit, God helped me bring more and more of what I had experienced in Katrina to prayer and into God’s light and love.

That weekend of learning to pray the Examen changed my life. I learned not only to name the gifts of my days, but also to see the places within me and the world around me that are in need of God’s mercy and light and to pray with those. 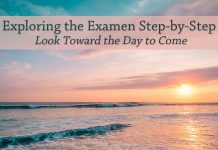 Exploring the Examen Step-by-Step: Look Toward the Day to Come 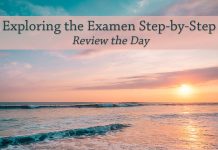