Ignatius often ended his letters to Jesuits going to the missions with the expression ite, inflammate omnia—“go, set the world on fire.” What did he mean by that? Maybe it was just a rah-rah expression, the kind of thing a football coach says when he tells the team to go out on the field and “kick butt.” But I don’t think so. I don’t think Ignatius had a cheerleader’s personality. He was a serious man who used words carefully.

“Set the world on fire” is a curious expression. Fire destroys; the world is already on fire with hatred, resentment, greed, lust, and other passions that consume individuals and whole societies. But fire purifies too; in the Bible, flames burn up the weeds and the refiner’s fire purifies gold. Then there are the tongues of fire that that descend on the Apostles at Pentecost, bringing the power of the Holy Spirit. I think this image might have been in Ignatius’s mind when he told his Jesuits to set the world on fire. He wanted everyone to be set afire with passion and zeal for the Kingdom of God.

No wonder “set the world on fire” has become something of a motto of Jesuit ministries. The book of Jesuit/Ignatian prayer that Loyola Press publishes is called Hearts on Fire. The Jesuit General Congregation’s decree on the Jesuit charism is called “A Fire That Kindles Other Fires.” That’s the kind of fire that’s worth spreading. 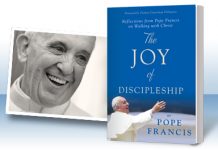 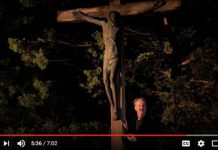 Accompanying Jesus in His Passion and Death