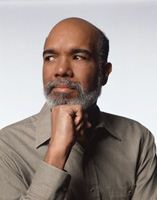 How many times have you said, “I’ll think about it”? It’s a valid expression when we’re not quite ready to make a decision, but it can either be said as a means of procrastination or as an honest desire to discern.

In the spiritual life, “I’ll think about it” should be a powerful statement of commitment to honest and intentional discernment, even in the small things. I once had a Jesuit spiritual director who, even when being asked to make a small decision, would pause and say, “Just a moment, let me ask Jesus.” He would then have his answer. This was his way of saying, “I’ll think about it.”

Followers of Ignatian spirituality know that it takes time to work up to in-the-moment discernment. After experiencing the Spiritual Exercises, using discernment methods for major decisions, taking a couple of eight-day retreats, and practicing the daily Examen, one will find that the process of discerning smaller things will come more naturally. One will soon find that he or she can, in the moment, sense the good or evil spirit and just seem to know more readily what is God’s pull and what isn’t. Discernment can become part of our very being, just as a car becomes part of us when we drive it: we feel its size, we know its handling, and we maneuver, judge distances and obstacles, and make quick decisions without intellectualizing it. We just do it.

St. Ignatius was known to do an Examen every five minutes, although his Examen was probably less formal and just continuous reflection throughout the day. After much practice he became a discernment natural! Continuous reflection on every moment, feeling, and decision is what “I’ll think about it” can ultimately become. 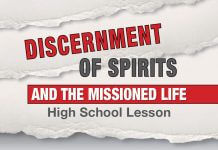 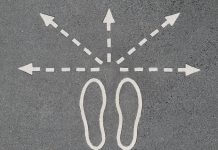