There is a marvelous bonus waiting for those who entrust themselves to God in intimate prayer. Just as you bring all your everyday concerns to God in prayer, and talk to him about how you really feel (which may well include expressing your anger and frustration with him from time to time), so, steadily, he will open up more and more of himself to you—or rather, he will increasingly open up your own inner vision, to notice him in everything around you and to recognize his presence in every moment.

I personally have become convinced that there is nothing on earth that doesn’t reveal some fragment of the reality of its maker, nor any moment that I live that doesn’t hold God concealed within it. Sometimes this is obvious, as in a beautiful sunset. Sometimes it remains hidden. The Jesuit poet Gerard Manley Hopkins calls it the “inscape” of things—that inner mysterious reality that we might even call their Who center, where God himself is indwelling. People have their inscapes too, and to be in an intimate relationship with someone is to be in touch with their inscape and allow them to be in touch with yours. 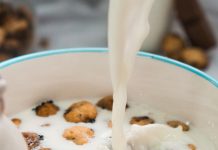