In honor of the feast of St. Joseph of Arimathea on August 31, we share this reflection based on Luke 23:50–53.Joseph didn’t witness the death of Jesus. He sent me to watch and to notify him when Jesus was pronounced dead. As I headed to Golgotha, Joseph went boldly to Pilate to request Jesus’ body. Joseph knew how to work within existing leadership structures. He wanted Jesus to have a decent burial, not to have his corpse picked apart by scavenging birds. Then Joseph waited in the Temple, praying.

When I ran from Golgotha to the Temple, I saw his anguish, mixed with sadness. He invited me to accompany him back to Calvary.

The soldiers rebuffed us until they saw that we had Pilate’s permission. With the victims dead, the crowd and the cohort had dwindled considerably.

Joseph asked me to remove the nails from Jesus’ feet. Joseph carefully climbed the ladder and pried the nails out of Jesus’ hands. A man in his position! But he loved Jesus that much. Could I have freed the mangled body of the Savior?

Joseph’s grief was controlled as he cut the ropes that held Jesus to the cross. Jesus’ hand fell upon Joseph’s shoulder as I watched, blood staining Joseph’s tunic. My throat constricted as it appeared that Jesus, now dead, was embracing Joseph.

Joseph nearly fell off the ladder as the weight of Jesus’ body pressed upon him. Mocking voices badgered us. As we laid the cold body of Jesus in his mother’s arms, Joseph waved a dismissive backward hand at the jeering bystanders. He was protecting Jesus from vultures of a different variety.

I brought forward the beautiful linen cloth that Joseph had purchased earlier. It must have cost a large sum. As John consoled Mary, Joseph and I gently wrapped Jesus in the shroud.

Joseph is not young. He used to talk about the privilege it would be to be buried in Jerusalem. And he’d planned for it by purchasing a freshly hewn tomb. He gave that final resting place for Jesus.

“It’s nothing, compared to what Jesus gave me,” he said.

It felt late by the time we rolled the cart to the tomb and placed the body inside. Before stepping out, Joseph hesitated, and finally he broke down. The tears between us flowed as he fell to his knees and placed his palms to his forehead. Composing himself once again, he left the sepulchre and supervised the rolling of the stone across the opening of what was now Jesus’ tomb.

After the Resurrection, Joseph said to me one night that, after holding the broken body of our Savior, wealth and position were meaningless. He would happily part with them.

I was not allowed to wash the tunic Joseph wore on the day of the Crucifixion. With a passionate reverence for the blood of Jesus, he keeps the tunic folded on the table next to his bed.

Have you ever participated in the ritual of burying the dead? Did you see it as a work of mercy? 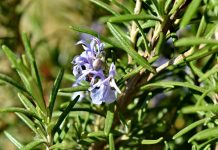