The grace of indifference or detachment is often what we hope for in prayer. It is the place where we have surrendered to God the outcome of our hopes, fears, and worries, and we trust God enough that no matter what happens, “God’s grace will be enough for me.”

Detachment is not always a gift I like receiving in prayer, at first. Intellectually, I understand that detachment or indifference can be a fruit of prayer. Intellectually, I also know that it is an important component to the Spiritual Exercises. If I am frank, though, detachment can occasionally be one scary place.

For the past year, my husband and I have been discerning our future steps after my husband’s graduate degree was complete. The choice was between relocating to one of two cities. The process of discernment was arduous due to a rather crazy day-to-day rhythm of life, which impacted my ability to find stillness in prayer, and because we felt we were choosing between two goods.

At one point this spring, about eight months into this discernment process, I shared with a friend that I was struggling to find peace about this decision. I told her, “We have learned all we can about both cities. We have prayed about this for months, and I no longer feel pulled strongly to either city. It’s driving me crazy! Why won’t God give me the answer?”

She gently smiled and chuckled and said to me, “Struggling a bit with the grace of detachment?”

That’s when it hit me. For months, I asked for God’s strength, enlightenment, comfort, and guidance in making this decision. Little by little God brought me to a point where I knew that no matter what city it was, I would be at peace. I was detached from the outcome.

I stood still for a moment as both fear and relief washed over me at this realization. The choice was now in our hands. We had discerned all we could with the help of friends and spiritual directors. We had gathered every piece of information we could about both cities. When we looked at the cities side by side and when we compared our pro and con lists, we knew that either city would work.

What does St. Ignatius say to do at this point? Make a decision! Act! And test the fruits of the decision along the way. So that’s what we did and are doing, and while it is still scary at times, it is invigorating to be free to make a decision. Making this decision brought inner freedom only found through God. This place of detachment is a grace-filled place that, despite the fear that can accompany it, brings deep peace and trust in God. 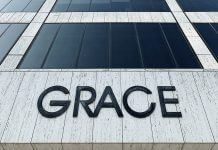 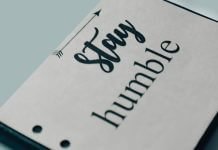