This topic came up in class, and it gets better as I continue to think about it. Here’s the thumbnail: the young Ignatius went to Jerusalem to imitate St. Francis, wanting to walk in Christ’s footsteps and convert Muslims. But after he got there, the local priests sent him packing, and he was dejected. Why did God set him up for failure?

One of the most difficult periods in my own life was a professional failure. It made me question my motives, wonder whether I’d discerned badly, and second-guess whether God even cared. But God led me to undertake an intense year-and-a-half of the Spiritual Exercises and keep at the discernment question. Now, some time later, I’m still harvesting the fruits, one of which is the belief (with St. Ignatius) that sometimes God leads us to failure. For it can emerge in discernment as a clear “no.” And many things in life are very unclear.

It’s another one of those “aha” moments that I wonder why I didn’t get sooner. Jesus experienced failure—a ministry cut short, disciples fleeing like scared school children, no “save the world” moments that every 30-something longs for. How wonderful it is to consider the Cross a failure—at least a temporary one. Failure is the crisis moment, the moment pregnant with meaning. Will he bounce back? What will she do next? For me, it was a chance to reassess the deep graces of my family, and to reaffirm that my primary vocation is not as a writer or teacher but as a husband and father. I really don’t know what God’s answer is to the original question that led me to the Exercises: What should I do now? But I am consoled by the graces of family life, from which I continue to draw life lessons. And I feel confirmed in that vocation, now years into marriage. The wounds of failure are still there, just like the wounds on the Risen Jesus, but I am beginning now to feel some gratitude for that failure. It has certainly disabused me of any pretensions to self-sufficiency. And as a result it has opened me to receive unexpected graces from those I love, and who show me God’s love. 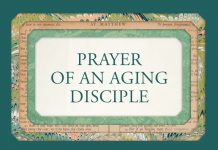