I’ve just published a new book. It’s called A Simple, Life-Changing Prayer, and it’s about the Ignatian Examen, which has changed a lot of things for me in the last couple of years.

I’ve read everything about the Examen that I could get my hands on, but mostly I’ve prayed it and experienced the difference it makes. I share some of those experiences in the book. The book is fairly short, fairly personal, and hopefully convincing and informative. It is, like a couple of good movies I’ve seen recently, “inspired by true events.”

We’ll have a sample chapter up on IgnatianSpirituality.com very soon. Meanwhile, for a taste of it, here is the Preface:

The Examen changed everything for me, but it almost didn’t happen. For years I had occasionally heard people talk about the Examen as a good way to pray. I went to a Jesuit college; I remember one of my teachers saying that St. Ignatius Loyola himself thought that the Examen was the indispensible prayer. But I wasn’t interested because I thought they were talking about the Examination of Conscience.

This was the methodical inventory of sins that I was taught to do as a boy in Catholic schools in the 60s. I would work my way through lists of faults, toting up my offenses in preparation for the sacrament of Confession. This was a grim exercise. Also a confusing one. Lying I understood, and eventually I knew what lust was. But what was “acedia?” (It means spiritual laziness.) At any rate, the charm of the Examination of Conscience wore off as I grew older. I set it aside and moved on to other things (not all of them improvements). When people talked about the Examen, this is what I thought they meant. I wasn’t interested. I thought it was just the thing for people who like that kind of thing, and I wasn’t one of them.

Then I learned that the Ignatian Examen was not the old depressing Examination of Conscience. Quite the opposite. This was a prayer that focused on God’s presence in the real world. It looked to a God who was near to me, present in my world, and active in my life. It told me to approach prayer with gratitude, not guilt. It helped me find God in my life as I lived it, not in some heavenly realm beyond space and time. The Examen had me take myself seriously, as I am, not as I wished I was or thought I could be someday if I worked hard enough.

It’s no exaggeration to say that the Examen changed everything. It might change things for you too. 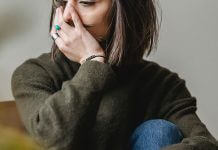 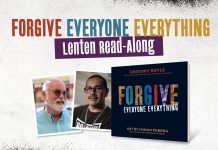