One of my favorite Gospel stories that lends itself so well to Ignatian contemplation is the story of Zacchaeus (Luke 19:1–10). This man appeals to me because love and acceptance took him by surprise and changed him.

Zacchaeus is a wealthy man of Jericho. His job as chief tax collector puts him in a position to get “perks” through extortion and by overstating moneys due from powerless citizens.

Zacchaeus hears that Jesus, a charismatic teacher and healer, is going to pass through the town. He’s not really interested in his message, except for the part that tells the poor to be happy. He agrees with that! But something stirs his curiosity; he’d like to see the man.

Already a crowd is gathering on the road into Jericho. Better than a parade, thinks Zacchaeus. But I don’t stand a chance of seeing him in this crowd. Thanks, Lord (he says sarcastically), for making me so short!Nobody would stand aside for their detested tax collector. If he tried to muscle his way through the crowd, he’d probably get an elbow in the eye! Not deterred, Zacchaeus scrambles up a low-branched sycamore tree where he can get, literally, a bird’s-eye view. The roar of the crowd signals Jesus’ approach. Walking with the crowd is a man laughing and talking with the folks around him, like any ordinary person. Zacchaeus had expected more pomp, more elegance, a manner that spoke of greatness and authority.

Someone near Jesus scornfully directs his attention to the sycamore tree ahead: “Look at that ridiculous person up there in the tree! So high and mighty, is he?”

The Master looks up and sees a wide-eyed Zacchaeus gaping down at him. Something in Jesus’ ordinariness appeals to Zacchaeus and stirs some long-lost hope within him. Their eyes meet and he hears his name: “Zacchaeus! Come down quickly, for today I must stay at your house!”

The crowd parts, like the Red Sea, allowing space for Zacchaeus to scramble down to the Master’s feet, suddenly filled with joy.

However, the people of Jericho do not all share his joy. They mutter and grumble at such an absurd turn of events. “If the Teacher were a prophet, wouldn’t he know what this man is? Yet he goes so far as to invite himself to the home of a liar and a cheat, to spend the night there, and to even dine with him!” Scandalized by Jesus’ apparent lack of good judgment, many in the crowd turn away from Jesus.

Zacchaeus stands his ground: “Look, half of my possessions, Lord, I will give to the poor; and if I have defrauded anyone of anything, I will pay back four times as much.”

What is this amazing encounter between two strangers? Jesus changes his plan to briefly pass through the town. Jesus changes Zacchaeus.

Jesus models for us the only effective treatment for sinners: overwhelm them with kindness. Instead of shunning them, he welcomes them. How counter-intuitive! Jesus doesn’t save his mercy for the “worthy,” but lavishes it on those who most need it, such as the likes of me, and maybe even you.

Lenten Read-Along: Examen of God’s Compassion and Mercy for Me 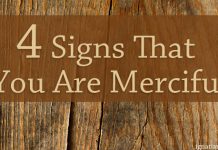 Four Signs That You Are Merciful 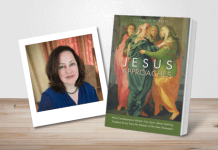