For years, I overlooked the story of Zechariah. I much preferred the story of Mary, whose fiat to the angel Gabriel stood in contrast to Zechariah’s doubt. Mary had passion and faith, while Zechariah seemed uncertain. But over time, I have developed a greater appreciation for him.

Often, Zechariah is presented as a counterexample to Mary’s faith. We might contrast his disbelief when he hears the angel tell him that his wife Elizabeth will bear a son to Mary’s belief in what Gabriel tells her. After all, Gabriel tells Zechariah, “And now you will be silent and not able to speak until the day this happens, because you did not believe my words, which will come true at their proper time” (Luke 1:20).

While at first glance, Gabriel’s words can seem like a punishment, we might also read them as an invitation. The content of the angel’s message is about the fulfillment of God’s word. God’s faith in Zechariah is enough, even when Zechariah’s faith falters. In the time of silence in which Zechariah was unable to speak, something changes within him. While the Scripture does not speak about that time, we are still invited to wonder: what happened between Zechariah and God then? What turned Zechariah from being a person who argued with the angel that he was simply an old man with an old wife, to one who offers a canticle proclaiming praise, salvation, and freedom (Luke 1:68-79)?

In our prayer lives, too, God often speaks most clearly to us in moments when we can quiet our own minds and voices. Words can sometimes be more reflective of my own anxieties and concerns than of God’s action. While prayerful words can be a beautiful mode of communication, they can also be distractions from fully placing myself in God’s hands. Sometimes our words, like Zechariah’s, manifest our own limits. Silence makes room for the fullness of God’s dynamic and healing power.

This Advent, we might also see whether God invites us to enter more deeply into times of silence. In the quiet, God is still at work. God’s power exceeds our own ability to name, to capture, or to control the events in our lives. In entering into silence, we enter more deeply into God’s mystery. Like Zechariah, we learn to trust in God’s transforming power taking place in the as-yet-unknown. 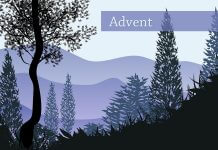 Looking Back to Look Forward in Advent 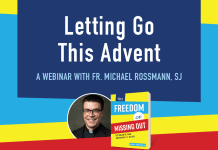 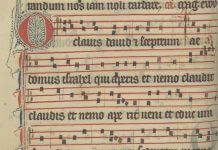