I was raised with Franco Zeffirelli’s blue-eyed, long-haired Jesus as the image in my mind at prayer time. It was an image that was comfortable because Jesus looked”¦well, like people I knew, people who were like me. Funny how I never questioned why a middle-eastern Jew two thousand years ago would have had blue eyes. 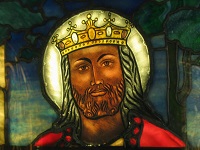 Ignatian spirituality allowed my imagination to feed my prayer life, not only by placing myself in the scenes of the Gospels, but by opening my mind to different images of Jesus. Scripture passages I had heard a hundred times instantly took on new meaning when Jesus was portrayed as an African, dark-skinned with dark eyes. Suddenly I became aware of how my image of Jesus was limiting my understanding of him. Suddenly what Jesus and I had in common was not having blue eyes, but having a love for God, compassion for the most vulnerable, and courage to challenge systemic injustice.

With each new image of Jesus I bring into my prayer, I note how and why that image makes me feel awkward. That is often my invitation to grow. The homeless Jesus, the Native American Jesus, and even the faceless Jesus all help me to see my relationship with others in society who share those characteristics as if they were Christ. What if Jesus spoke with a Hispanic accent? Or what if we imagine the words of the Gospel spoken by him in his native Aramaic instead of our own language? Suddenly when my experience of God was not just like me, I began to realize what it means that we were made in God’s image; God was not made in ours. It is humbling and yet exhilarating to realize that those characteristics we traditionally think comprise the identity of our Savior are facades, mere artistic license, taken to capture just a fraction of the six billion images walking on this Earth today. 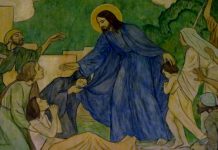 Sent to Tell What I Saw 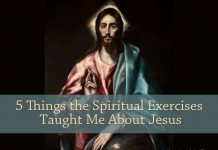 Five Things the Spiritual Exercises Taught Me About Jesus 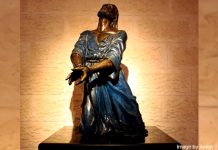 Light out of Darkness