Imagine sitting in a lovely outdoor bistro in the heart of Paris. The weather is fabulous. With a fresh baguette and a glass of wine in hand, you look out at all the beautiful old buildings and watch the world go by. Along comes a homeless man wandering up and down the line of bistro tables, yammering in another language, taking swigs from a flask, and disrupting your peaceful little scene. Such was my experience just recently during my vacation. But even in that very scene, I found God.

After a few minutes of putting up with the fellow, the restaurant staff summoned the police to deal with him. I listened intently as the restaurant staff explained to the police how disruptive his presence was and how it was affecting their business. The police responded that the man was doing nothing wrong, this was a regular occurrence, and there was really nothing to be done. After much debating, the officers departed, apparently leaving the issue unresolved.

It was then that I found God in the police as they approached the fellow and began chatting with him. They didn’t yell at him or speak down to him; they just engaged him in normal, idle chit chat. After some time, they left the area together, all the while joking and talking with the man as though they were old friends.

The police officers’ treatment of the homeless man led me to reflect on Matthew 25:35-40 (“For I was hungry and you gave me something to eat, I was thirsty and you gave me something to drink, I was a stranger and you invited me in…”). The police officers, in their actions, understood this passage. They treated the homeless man with respect and dignity just as our Lord would want. In this little scene on vacation in Paris, God reminded me of just how important it is to look beyond my own comforts to see the dignity and value of every person around me. There is no taking vacation from that.

Right Place at the Right Time 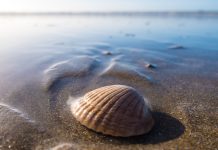 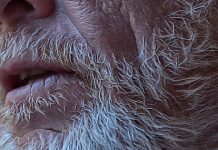 Jesus Asked Me to Pray He Gets a Home