Mark Massa, SJ, tells his students at Fordham that “sitting at Mass doesn’t make you a Christian, any more than sitting in a garage makes you a car.” He thinks that the Catholic emphasis on a mediated, sacramental faith needs to be balanced by a new emphasis on discipleship and a direct experience of the holy.

In the 16th century, the Reformation forced Catholics and Protestants alike into taking theological stances that were polemical and lacking in nuance. Over and against the very real threats inherent in Protestant individualism and the attacks on sacramental realities, the Council of Trent (1545-63) opted for a more communal, hierarchical, and sacramental model of Christianity that came to define Catholic belief as being about dogma and described the Catholic encounter with the holy as being about receiving Communion. But the medieval Church—the “unreformed Church” of the high Middle Ages—had previously done a better job of balancing the sacramental and evangelical, the communal and personal. Lay guilds, lay appointment of certain clerical positions in parishes, the influence of the lay friars of the Franciscan and Dominican orders all gave late medieval Catholicism a much more democratic, pluralistic, and affectively satisfying piety than post-Reformation Catholicism has offered since.

Balancing the sacramental tradition with an evangelical, lay-centered piety would at long last bring a corrective “yin” to the “yang” of a Church I think we can safely say is in crisis.

He says that the Spiritual Exercises offer the kind of personal religious experience that should be normative for Catholics. Read the whole thing.

Finding God in Our Desires 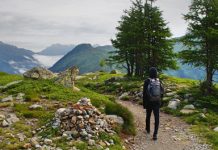 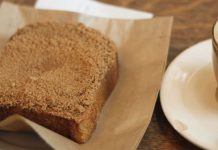 When Did You First Encounter the Risen Christ?