Do you know anyone with doubts about God?  Point them to three recent articles by Fr. Jim Martin, SJ, in the Huffington Post. Martin says that God can be found in a feelings of incompletion, common longings and connections, and unusual “mystical” experiences.

These are expressions of desire: our desire for God and God’s desire for us. The trick is to recognize them as such. Martin tells a story:

One friend, a self-described workaholic who hadn’t been to church for a long time, went to a baptism of a friend’s child. Suddenly she was overtaken by powerful feelings — mainly the desire to live a more peaceful and centered existence. She began to cry, though she didn’t know why. She told me that she felt an intense feeling of peace as she stood in church and watched the priest pour water over the baby’s head.

To me, it seemed clear what was happening: she was experiencing, in this moment, when her defenses were down, God’s desires for her. And it makes sense that a religious experience would happen in the context of a religious ceremony. But she laughed and dismissed it. “Oh,” she said, “I guess I was just being emotional.” And that was that.

It’s a natural reaction: much in Western culture tries to tamp down or even deny these naturally spiritual experiences and explain them away in purely rational terms. It’s always something other than God.

Martin says, “Religious experiences are often dismissed — not out of doubt that they aren’t real, but out of fear that they are real after all.” 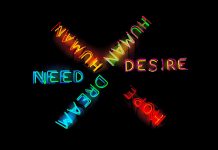 What Do I Really Want? 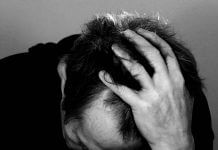 Asking for Grace to Want the Grace 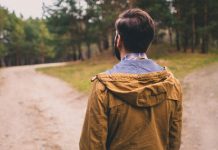 What Do You Really Want?

Examen for Those Experiencing Anxiety

How Much Do You Know About Ignatian Spirituality? Quiz