I’m a convert. Sometimes my conversion experience piques the interest of cradle Catholics, who are eager to hear about the idea of choosing a faith into which they were born (while I admire the depth of faith in which lifelong Catholics are steeped). Yet while my initial conversion was moving, it was but a brief moment. Conversion is not a single movement, but an ongoing experience.

The Greek term for conversion, metanoia, means to turn around, to be re-oriented in how one lives. For me, conversion often centers on increasingly letting go of my desire to control outcomes and instead gradually surrendering my life more fully to God. 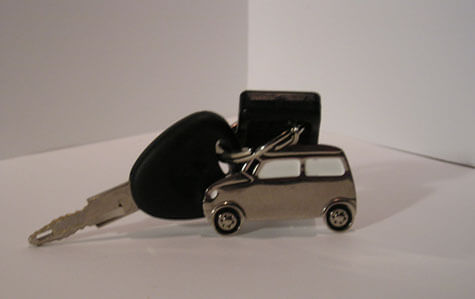 Years ago, I used to pray as I drove in my car, imagining conversing with Jesus in the passenger seat. I sometimes practiced an informal version of the Examen on the commute home from work. One day as I was praying, I imagined Jesus holding out his hand, palm upward, asking me to hand over my car keys to him. In that moment, I knew that God was communicating that while I thought of myself as in the driver’s seat, and Jesus as my companion, that in fact, I had it backwards. God was inviting me to see myself as the companion—to follow where God led rather than to see God as “along for the ride.” Somewhat reluctantly, I imagined handing over the car keys.

St. Ignatius’s life serves as a model of both human struggle and willingness to follow. He had plans to be a great solider, but then followed Jesus to religious life. But Ignatius’s direction was not simply changed once, but many times. He practiced extreme asceticism, only to find it was not God’s will but his own in disguise. Later, Ignatius spent most hours doing the crucial—but not glamorous—work of an administrator; surely this work, too, required the humility to let God lead. Ignatius did not have one conversion moment; rather his life was one of a constant and deepening conversion.

We, too, have our continuing conversions of heart and changes in direction as God calls us to new ways to love and to serve, some of them quite humble. Yet in that surrender we find not servitude, but freedom—freedom in knowing that every condition of life can be used for love and for the greater glory of God.