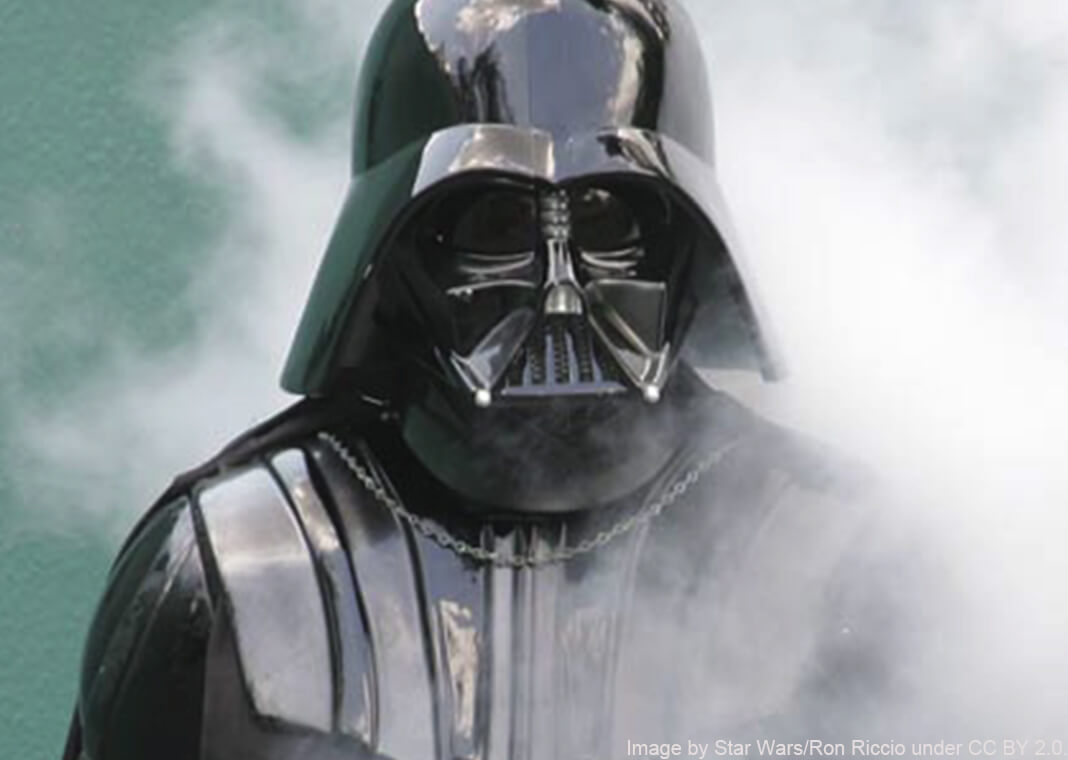 This post is based on Week Three of An Ignatian Prayer Adventure.

There’s a scene in Star Wars: Return of the Jedi that neatly sums up a key theme of the entire Star Wars franchise.

We’re on the planet Dagobah, and Yoda has just become one with the Force. Luke Skywalker is understandably dismayed and unsure how he’ll continue on the Jedi path. Enter Obi-Wan Kenobi, or rather, the Force ghost of him.

“Yoda will always be with you,” he says, emerging from the swamp.

Luke turns on the old Jedi, angry at his once-mentor. Obi-Wan had failed to mention the familial relationship Luke shares with his nemesis: The Jedi Knight-turned-Sith Lord, Anakin Skywalker, now Darth Vader, is Luke’s father.

Obi-Wan shrugs off Luke’s anger. It’s clear Kenobi gave up on his old friend years ago, unable to save him from the Dark Side.

“There is still good in him,” Luke insists.

And there it is, that thematic beat so integral to Star Wars: a stubborn clinging to hoped-for redemption. No one is too far gone.

Of course, Luke’s words are the ones that represent this hope. But it’s in Kenobi’s retort that we see the spiritual stakes: More machine than human. Twisted and evil.

In the First Week of the Spiritual Exercises, St. Ignatius invites us to look plainly at sin and its effects in our life and our world. This is not meant as a guilt trip but rather to awaken in us an understanding of the evil from which God yearns to save us. If we don’t take an honest, hard look at sin and our culpability in it, we can never achieve the spiritual freedom that God desires for us.

And that’s why I think Kenobi’s line is so helpful. We don’t need to understand the technical workings of Darth Vader’s suit to appreciate Kenobi’s meaning: The man who once was Anakin Skywalker is now so caught up in the machinery of the Dark Side that he is more a tool of evil than a human being fully alive and free to exercise his conscience.

Do we recognize the machinery that keeps us stuck in sin? The machinery that holds up structures of injustice and violence and oppression? Do we see clearly those habits we perpetuate, seemingly without thinking? And are we able to see the impacts that these sinful tendencies have, not only on ourselves but on our community and our world?

Kenobi isn’t lamenting Vader’s prosthetics or his reliance on technology to help him breathe. He’s lamenting that his old friend has become so caught up in the enterprise of evil that he can no longer see a way out. He can no longer imagine another path for himself.

Luke believes that there is not only good left in his father but a way in which that good leads him to a new life. But it all depends on Vader recognizing the evil systems and impulses in which he is entangled.

That should be our prayer, too, particularly in the early days of the Spiritual Exercises. God desires that we see the stakes clearly—and then act for the good.

Obi-Wan Kenobi may have thought Darth Vader was too far gone, but the conclusion of Return of the Jedi would prove him wrong.

How do we want our stories to conclude?

Image (cropped) by Star Wars/Ron Riccio under CC BY 2.0, via Wikimedia Commons.