Sensing we’re not from Santa Fe, he points to our menu’s illustrations of chilis. He gestures, “mixed.” We order and return to our chit-chat about the conference we’re here to speak at. I’m seated between Homeboy Industries’s Greg Boyle and previously incarcerated former gang-member Fabian Debora, a first for me, although I’ve worked with both for many years now at the legendary non-profit in Los Angeles. It’s never lost on me that Fabian and I both met “G” the same year (1990) at tiny Dolores Mission Church in Boyle Heights, albeit, in different ways. This Jesuit parish is woven into how we three connect and share imagery. Greg, a storyteller, Fabian, a painter, and I, an art therapist, appreciate visuals in our conversations as much as we do the ice water after our chiles.

Later, we yak about topics from why all the homes in Santa Fe are one color to how the new book Greg and Fabian have just completed will be received. I’ve viewed early galleys of Forgive Everyone Everything, releasing this September from Loyola Press. Much of Fabian’s art featured in the book has opened my heart as I have spent quality time with it in his studio. Equally, the year I once spent transcribing our Homeboy founder’s oeuvre of talks has tattooed his words on my fingertips and hippocampus.

Fabian asks if the turbulence coming here is a normal part of flying. Our frequent-flyer boss, who travels the globe giving talks, nods nonchalantly as he continues doing what he loves: texting one finger at a time to a homie in need of unconditional love. This doesn’t stop Fabian from telling a story. The slender 45-year-old artist known for murals and paintings that elevate the spiritual beauty of living in a barrio—our Georgia O’Keefe of East Los Angeles—describes the baby seated near us on the flight, who was delighting in the bumps as we were fretting. Greg wasn’t in our section, so Fabian plays all the parts for our entertainment.

Next, he shares how our jitters led us into a conversation about God. We’re telling Greg how we traded stories about how we pray, when suddenly something Fabian says makes Greg put down his phone and stare at the man he’s known since he was a child as though he’s never seen him before.

It isn’t the word prayer and not the word God. It is when this ex-gang member’s hands slowly rise from the table into the air and he whispers, “And then I say…please…hold me.”

We’re captive with the way Fabian has transformed his brown, worn-from-decades-of-painting hands into winged feathers that float above us now. Then, in one poetic swoop, Fabian presses his hands to his heart, eyes closed.

I stare off at a wagon wheel turned neon chandelier. Greg remains looking at Fabian across the table with soft eyes and a lack of words I’m not used to experiencing with him. The 68-year-old Jesuit reaches into his shirt pocket to pull out a pen that’s been in that same spot since I met him 30 years ago. He jots on scrap paper, which always materializes as well. As Greg scribbles, he whispers to himself, as if we weren’t there, “That’s right; that’s right.”

“Hold me” will become Greg’s new mantra, he tells us. For me, it mixes the essence of these two men’s faiths as naturally as the green and red chilis mix on my plate. Fabian and the man who’s fathered the artist since he was a traumatized 13-year-old kid in the projects have created between them “the tender glance of God” that Greg often speaks of as being core to healing. When this glance is received, he says, one cannot help but turn it towards others with God’s loving mercy.

But to whom do we choose to direct that glance? How many times do we base this decision on fear of God abandoning us if we get too close to those whom we think God sees as evil-doers (as we may read in Romans 1:26–32) or friends of evil?

Of all the times I’ve transcribed Greg’s talks, my standout moment is his story of being asked by an audience member what it’s like to meet an evil person and, without missing a beat, he replies, “In all my years with gang members, I’ve never met an evil person—and neither have you.” My mind raced with confusion and doubt, so I asked him to clarify. He texted back, “Yup. And the boogie man doesn’t exist either.” This was followed by a meme of a man wearing a pizza on his face.

If I hear Romans 1:26–32 strictly as God’s wrath on the unforgivable, then I’m hearing only what not to do instead of what to do when faced with the opportunity for forgiveness (for others and ourselves). While there’s an abundance of examples in Scripture, I know I need an overabundance of reminders of how to forgive. It’s why I will keep Forgive Everyone Everything close at hand. It’s also why I asked Greg once about why he chooses to open every talk with the same phrase: homies teaching him “everything I know.” We were walking to our cars, and he stopped in his tracks, looked me dead in the eye, and said, “No. It’s everything of value. They’ve taught me everything of value that I know.”

In that Santa Fe restaurant, I knew I’d never have to ask that question again of Greg Boyle. Or if he’s ever met an evil person. I unwrapped the truth along with my Christmas chili. 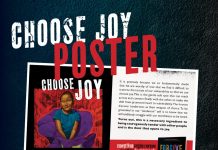 Nudge Our Image of God