America magazine published an interview with Michael Lewis, SJ, president of the Conference of Jesuit Superiors of Africa and Madagascar (JESAM). Lewis talks about the work Jesuits do in his provinces, including education, human rights, and parish work. He says:

One of the most important works of the Jesuits in Africa is the Jesuit Refugee Service, which probably touches more people than any other single Jesuit work. We have men working in camps like Kakuma in the north of Kenya, which has 135,000 people in it. They work a great deal in the Central African Republic, which is in difficulties at the moment. All these areas have ongoing difficulties, and war has very often created emergencies that JRS attends to.

When asked what has been striking for him as JESAM president, Lewis responds:

There is no doubt about it: Africa is alive and well and kicking! The church is vibrant and 25 percent of the population of Africa, which is now 1.2 billion, is under the age of 25. Africa is young, it’s got plenty of potential. The tragedy is that there are many gifted and intelligent people whose potential is not being used.

The full interview is worth reading for anyone interested in learning more about the worldwide work of the Society of Jesus.

For one Jesuit’s moving account of working with the JRS in Africa, read They Come Back Singing by Gary Smith, SJ. 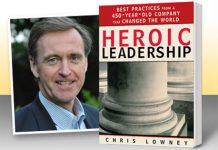 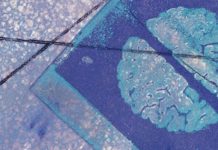 The Brain, Silly Putty, and Prayer