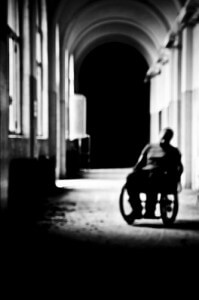 My husband, Jim, and I had traveled to another town and called an old friend – Fr. Dennis, a priest we had known for a long time.  He had been forced into retirement by a debilitating disease. He invited us to his home for Mass.

He had a brand new altar in his living room, a beloved gift that is at the center of his home, and his heart.  It’s too late. He used to say Mass at the dining room table and now stands in front of this altar that he loves, but he can’t stand well.

He sat in his push-up chair and did the Liturgy of the Word from there. When he needed the readings, he opened his iPad and had an audio version of the readings read from there. He said his voice didn’t hold well and this was a long gospel.

Then took his walker to the altar and did the Eucharistic Prayer. His voice quavered a lot. We are not in the same town often, but I wondered that his voice was not as strong as it is over the phone. Then I realized he was crying. He sobbed through the Eucharistic Prayer and at one point just stood, crying. I found myself saying under my breath the next words, “Do this in memory of me,” as if to prompt him.

I thought of this very good man, this wonderful minister and the burden he has to bear with a disease that has already taken the ministry he has dedicated his life to and in the years to come, will take everything.

After Mass, he apologized and said he had a few bad days. He said he could track the progression of the disease in the last two days and he knows now that he will have to move to assisted living. He cried as he talked. It was yet another loss in this process.

As we ate the breakfast we had brought with us, Jim reminded him of a powerful experience of Mass we had once with Dennis on the night of September 11.  I echoed that. I said in a packed church that night, Dennis had used the Mass in time of War and he had announced that it was the first time he had ever used it in all of his years in the priesthood. Dennis didn’t remember it.  I tried to prompt his memory with one of the songs a choir had sung that night.  I sang, “I will not be afraid at all, my stronghold, my savior, I will not be moved.” Dennis just crumpled into tears and I could see how afraid he was.

He talked about the anxiety and fear of what is ahead and all we could do was be with him, listening — our poor ministry to this man who had ministered to thousands over the decades.

We went into the living room and talked for a little bit and he cried more. When we went to the door, not wanting to overstay our welcome, he dissolved into tears again. I put my hand on his shoulder and Jim, with an unerring sense of what is right, began to pray for Fr. Dennis out loud, while he held Dennis’ other shoulder. We asked if he wanted us to stay but he said, no, he would be alright.

What a good man, who must be looking at the cup and asking that it pass him by. 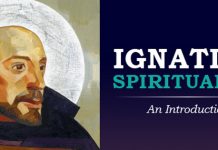 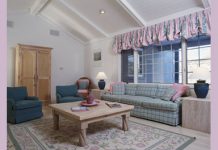 Retreats for Seniors in Their Living Rooms 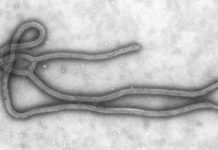 Ebola and the Questions of Suffering