IgnatianSpirituality.com®
More
More
Home Ignatian Prayer Ignatian Voices The People for Others That Inspire Me

In 1973, Pedro Arrupe, SJ, changed my life. (I was four years old at the time, toddling around a backyard on the other side of the ocean.) In what was termed a “radical” address for its day, Arrupe spoke in Valencia, Spain, to a congress of Jesuit alumni and coined the term “men [and women] for others.” He called for the formation of men and women for others to be the “prime educational objective” of the Jesuits.

Arrupe envisioned forming people “who cannot even conceive of love of God which does not include love for the least of their neighbors.” These would be people who would be committed to work against obtaining or using power or privilege (be it economic, social, or political) that came at the expense of the marginalized. They would commit to using whatever power or privilege they did have to challenge the social structures and cultural attitudes that marginalize people in the first place. People for others would be those for whom love of the poor, not ego and the accumulation of wealth and security, would be the driving force of their lives and work.

What my four-year-old self could never have known at the time was that Arrupe’s vision articulated the blueprint for my life and the lives of many others—Jesuit, other religious, and lay—who have accompanied me, inspired me, taught me, and challenged me to do the loving thing in spite of a world that constantly instills fear. Today, some 40 years later, I can’t imagine there was a time when the word “Jesuit” was not synonymous with the word “justice.”

While Arrupe was rightfully concerned with the nature of Jesuit education and used that concern as the wellspring of this Gospel-based vision, I have never been formally Jesuit-educated. And yet, my life and worldview have been formed through my direct and indirect interaction with these people for others—through the homilies, writings, and witness of Jesuits like Rutilio Grande, SJ, Dean Brackley, SJ, and Pat Malone, SJ; through the humble, courageous service of so many woman religious like Sr. Dorothy Stang and my first spiritual director, Sr. Mary Hogan, OSM. And, perhaps most importantly for us lay people to believe we can live this call as well, I have been inspired by the passion for justice lived in the lives and work of lay people like Jean Donovan, Cesar Chavez, and my fellow Ignatian Associates.

Being a person for others was never meant to be a badge worn by members of an exclusive club of the Jesuit-educated. It is a way of life for all those who are willing to live and work for justice for the poor as their response to the overwhelming love of God. It means to be challenged by the trappings of evil in the disguise of security and control in favor of the person living in a slum on the other side of the world or down the street. It is to allow those who are powerless to touch our lives and transform us to be more fully human. And, I warn you, being a person for others is contagious. 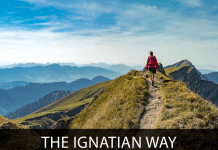 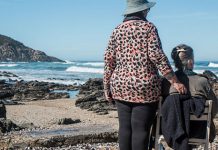 How Shall We Live? 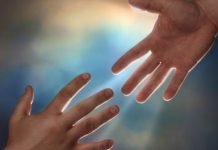 Being People for Others