Storytelling is crucial to how we as human beings make meaning of our lives. Ricoeur observed that while life is simply lived, we attempt to make meaning of life’s events only after the fact. We tell and retell, construct and reconstruct, our stories in order to develop a sense of our own and others’ identities. The Gospels are four different narratives that try to make sense of the life, suffering, and death of Jesus for communities who were trying to answer that most fundamental question Jesus asked: “Who do you say that I am?”

A remarkable feature of Jesus’ life is how often his way of speaking is part of his healing ministry. Words powerfully shape our perceptions of self and other. The same event can nearly always be described in multiple ways. Consider a man traumatized by wartime experiences who is alternately described as a victim or hero, as having PTSD or maybe as just plain “crazy.” But none of these names are adequate to identify this particular person, who has a complex story and a still unfolding identity.

When Jesus encounters others in need of his healing, he does not reduce them to their illness, trauma, or sin. Instead, he often speaks in a way that affirms a deeper identity. To those who complain that Mary with her jar of ointment is a “sinner,” he responds that she is one who has “loved much.” In a man blind from birth, he sees a person in whom God’s work will be glorified. Where others speak of an adulterous woman, Jesus simply writes silently in the sand.

Part of the power of the Spiritual Exercises is its encouragement of imaginative participation in the story of Jesus’ life, death, and Resurrection, so that God’s grace can allow us to reconfigure our own narratives so that they can become life giving. For example, we can learn to see loss not as merely death and destruction, but instead as fertile ground for new life.

Still, the imagination and narrative have their limits. As prayer moves out of the realm of the imaginative and into silence, we give up words for a Mystery beyond words. Unitive experiences in prayer show that no single story can fully capture who we are: beings already united to a God who is Love. In that space of unity, we learn that we are not reducible to any of the names that we are given, or even our most carefully thought-out stories. Instead we discover, in simplicity, that we are “wonderfully made” (Psalm 139:14). 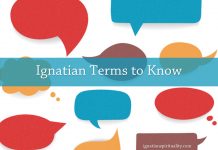 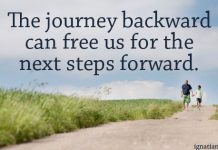 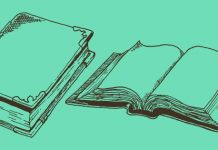