IgnatianSpirituality.com®
More
More
Home St. Ignatius Loyola Four Facts About Ignatius That Can Give Us Hope 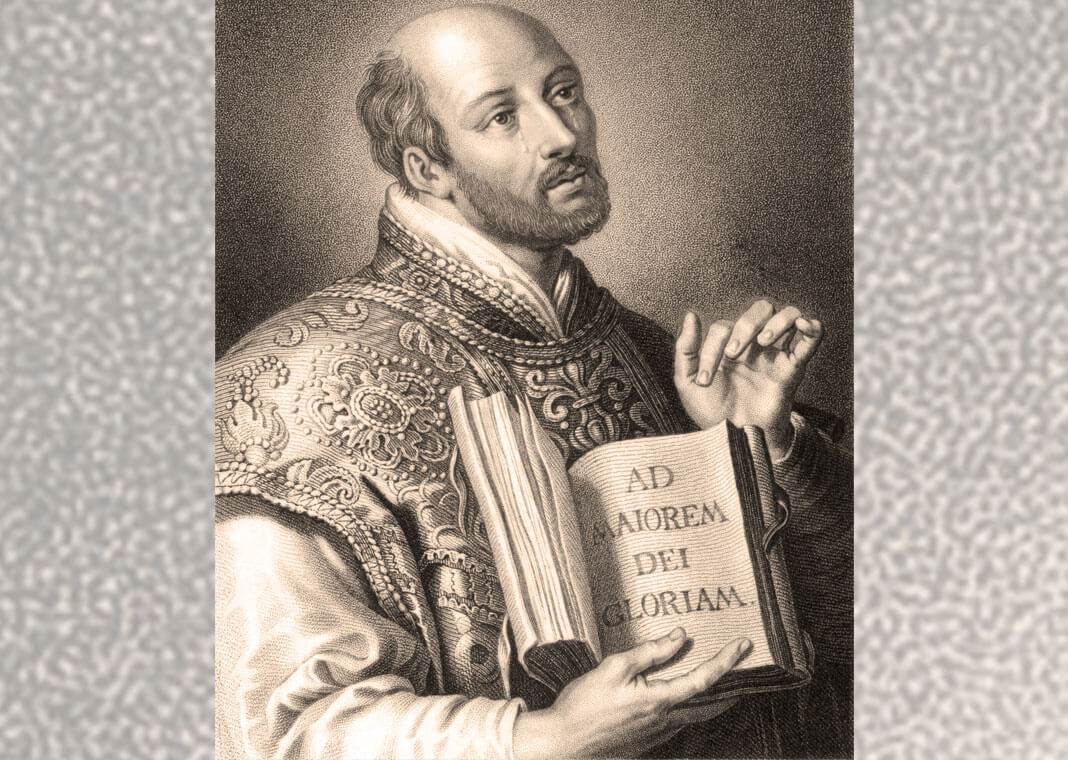 Editor’s note: We’ve been having fun celebrating the 10th anniversary of IgnatianSpirituality.com. The fun will continue throughout July with our 10th-annual 31 Days with St. Ignatius celebration. Bookmark the calendar here. And we’re still “Counting the Gifts of Ignatian Spirituality” by bringing you special content on our website and special offers from our sponsor, Loyola Press. Learn more here.

It’s natural to see our saints as heroes, as people who go above and beyond and become great in some way. The disadvantage of seeing saints in this way is that we forget how human they were and how complex their lives turned out to be. Let’s look at our beloved Ignatius Loyola.

1. He was a product of his culture.

We all begin somewhere, born in a specific time and place—with its positives but also its negatives. Young Ignatius was a Spaniard of his time whose attitudes were shaped by dysfunctional power structures, war, and greed. Men of noble birth and financial means held advantage, and no one batted an eye at ego-driven leaders, whether they were in the Church or the military.

Just as you and I are conditioned by our culture in various ways, Ignatius had a lot to overcome as he shifted his love and loyalty to God and away from status and self-absorption. And yet, the soldier put down his sword, and the man admitted his faults and frailties and allowed grace and forgiveness to change him. If Ignatius could experience true change, then so can we.

2. His developing spiritual life was marred by immaturity.

Remember, Ignatius experienced conversion during a long convalescence when he couldn’t do much more than think about his life—there’s little evidence that he went looking for a deeper relationship with God. And when he did convert, his motives were far from pure. He wanted to trade a glorious life of soldiering for a glorious life of sainthood, as he was still more ego-driven than Spirit-driven. He spent months obsessing over sins to the point of mental illness; thank goodness some people cared enough to help him gain perspective and listen to God’s voice of healing, not condemnation.

I would venture to say that, had I met Ignatius during his early years of faith, I would not have liked him much. We’ve all known people of faith who talked too much, tried to influence others too harshly, and mistakenly thought their own pride and ego were in fact God working through them. And, I must say, I wasn’t so wonderful to be around in my early years, either. Pride was not the issue so much as a flawed image of God as more angry than merciful, and I’m sure that came across in the way I communicated with others.

And yet, Ignatius listened to people, and he learned to listen to God. He began to understand what really went on inside him, where emotions and motives and desires and spiritual wisdom swirled and developed constantly. He learned the difference between his own strong will and God’s desires for him—and understood eventually that our deepest, truest desires are also God’s desires for us. Ignatius grew up, and he developed gradually but truly into a disciple of Jesus. Each of us can do the same.

3. His life did not go in a straight line.

It’s ironic that the person whose wisdom has trained so many people in discernment had such major false starts himself.

The next time you feel doubtful or unsure because your plans haven’t worked out, remember that God led Ignatius where he needed to go, but it was rarely by the route Ignatius had envisioned.

4. He had no reason to expect that God would gift him with insight that would help people’s spiritual lives for centuries to come.

Ignatius was simply praying, trying to listen, learning to pay attention, and seeking to follow through on what he understood as he understood it. By the time he was being used powerfully by the Holy Spirit, he had become humble enough to receive whatever life God gave him, and he expected that he might just be poor, disrespected, and without much status. That didn’t matter as long as he was walking with Jesus, discerning God’s will.

Ignatius had no way of knowing that his insights about spiritual growth and discernment would foreshadow psychology’s discoveries about the human personality centuries later. Or that millions of people would go through the exercises he created to help those close to him grow in their friendship with God.

You and I do not know what God will do with us as we simply go through each day, learning to listen better, pray more freely, act more courageously, and love more fully. That’s all right—we don’t need to know. But it’s nice to remember that God will do whatever holy love chooses to do through us, in us, and for us.

31 Days with St. Ignatius continues with Finding God in the Birds by Shemaiah Gonzalez.