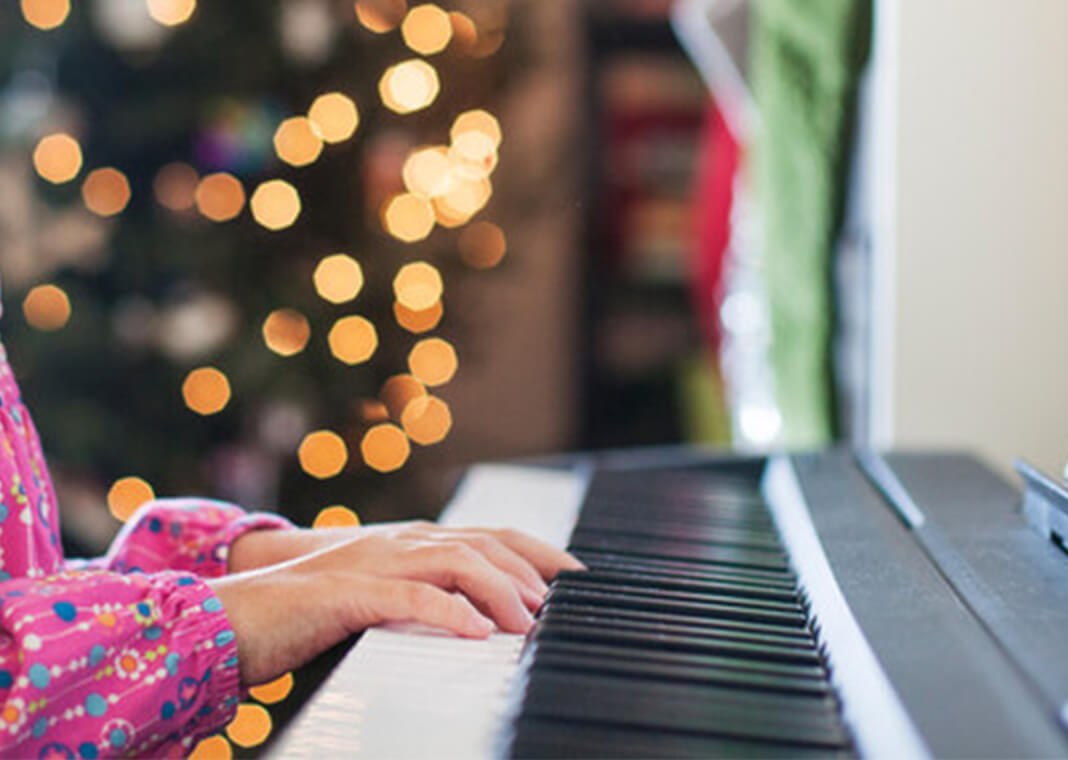 “Do you wanna hear my song, Daddy? I’ve been practicing all year.”

I eyed my five-year-old daughter suspiciously. With brown eyes, wide and earnest, she sat at my parents’ piano. Her little sister sat next to her, happily playing away at what she insisted was “Baa, Baa, Black Sheep,” though I could detect no discernible melody.

The eldest nodded furiously, casting sideways glances at her sister. I suspected the whole thing was an excuse to justify ejecting said little sister from the piano bench, but I kept my suspicions to myself.

“Jingle Bells,” she said, quite convincingly. “I’ve been practicing all year.”

Now, there are two things to know about this scenario. One: “Jingle Bells” was the song I had been about to play, and in fact the sheet music was right there, open and ready. I’m no Mozart, but I did take piano lessons through fourth grade, so I can play “Jingle Bells.”

The second thing to know is that we don’t have a piano at our house. We do have a keyboard, though its primary function these days seems to be to provide the cat with yet another flat surface upon which to lounge. I can count on one hand the number of times my daughter has played it.

I can count on no hands the number of times she’s practiced.

All year, I thought. Sure. But I said, “Why don’t you let me show you how to play ‘Jingle Bells’? The music is right here.”

A grimace. A determined shake of the head. “Baa, Baa, Black Sheep”—in theory—playing in the background.

“I want to play my song,” she insisted.

And so she began, a collision of sound that very few would call “Jingle Bells” mixing with what only one person would call “Baa, Baa, Black Sheep.”

I shrugged and wandered back into the kitchen.

Of course, it’s important to let kids be kids and to let them play and have fun with music and musical instruments. She’s not trying out for the band; she can play “Jingle Bells” however she likes. And who knows? Maybe she’s going to be some sort of musical prodigy, able to hear and translate “Jingle Bells” at a level I’ve never even considered.

But I couldn’t shake my own frustration at her refusal to let me help her. The answer she was looking for was literally all around her: the music at her fingertips and her own dad with just enough musical talent to help her accomplish her goal standing just behind her.

But she refused—as kids are wont to do—and insisted on putting her head down and banging out some cacophony of sound and noise rather than music.

A lot has been said about the magis—that Ignatian concept that roughly means the more. The idea comes from the Spiritual Exercises, found within the First Principle and Foundation—right up at the very front of the retreat: “Our one desire and choice should be what is more conducive to the end for which we are created.” (SE 23)

And this challenge to live the magis, couched as it is in the First Principle and Foundation, demands that we situate magis alongside Ignatian indifference. After all, only a few sentences earlier, Ignatius writes: “We must make ourselves indifferent to all created things, as far as we are allowed free choice and are not under any prohibition.” He goes on to say that we should not hold too tightly to any particular way of life, any objects or ideas, or even our relationships, as they are only good for us—and, thus, all of creation—in so far as they bring us closer to “the end for which we are created.”

Our choice, made in freedom, is for that path which is more conducive to achieving those ends.

And so, here’s the question we’d all do well to consider: How often do we sit down at that proverbial piano, bound and determined to play it our way, holding so tightly to our self-image—“But I’ve been practicing!”—and refusing to accept the help and insights all around us?

We might yet be a great pianist—and perhaps, that’s what we’re called to be! But what is more conducive to becoming that which we hope to be sometimes means surrendering our own approach, looking up and around, and realizing that we can and should place our trust in others.

That perhaps God has arranged sheet music and placed it right in front of our noses, if we just look up.

We’re called to make music, not just noise. But to do so, to make that music only we can make, we might have to let go of preconceptions and assumptions—about ourselves and about our God.

Do Less, Then Obsess 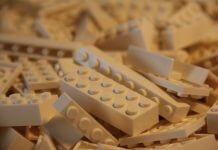