CNN’s Belief blog carried an article by Matt Emerson on “Why the Jesuits (Including Pope Francis) Are on the Frontlines of Faith.” It’s a good overview of the relevance of the Society of Jesus in the modern era. Talking about Ignatian indifference, Emerson says:

That freedom has imbued the Society of Jesus with a spirit of re-creation for five centuries, and I wouldn’t be surprised if it continues to inspire Jesuits for the next 500 years.

One day my children might enjoy a new technology created by a Jesuit who works at Google or a Jesuit whose path to the priesthood was perhaps inspired by a movie starring a certain Hollywood celebrity.

Find out the celebrity in question, and read the rest of Emerson’s article. 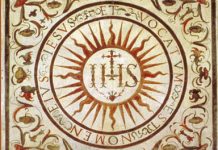 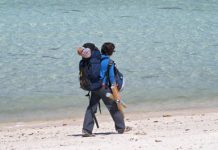 How Can You Have an Ignatian Summer?