Jose Funes, SJ, director of the Vatican Observatory, talks to New Scientist about his work and the relationship between religion and science.

No, that is a real conflict. The problem is when religion enters the world of science, the scientific method; that could be the problem with intelligent design. On the other side there is a danger when scientists use science outside of the scientific method, to make philosophical and religious statements – using science for a goal that science is not meant for. So, for example, you cannot use science to deny the existence of God. You can believe whatever you want but you cannot use science to prove that God does not exist. 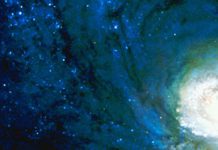 Finding God in the Chemistry Lab

Jesuits and the Higgs Boson