Last month America Magazine awarded its 2009 Campion Award to Dr. Rowan Williams, the Archbishop of Canterbury– a remarkable move, since the award is named after St. Edmund Campion, one of the English martyrs.  Williams writes movingly of “martyrial ecumenism,” which I take to mean the shared witness (Greek marturion) to faith in Christ, even to the point of death.  See the address here.

The theme seems especially relevant during Lent, the period when we take on practices which help us become more mindful of the need to return to God with our whole selves, in order that our lives might more fully witness to the gospel.  Here in Boston, our local church is emphasizing the sacrament of reconciliation with its “The Light is On for You” program– every church and chapel will be open Wednesday evenings from 6:30 to 8pm for celebration of the sacrament.  I think it’s a great idea, and I like the theme.  It’s not ‘come brood about sin’ or ‘make amends before you die,’ but rather the hopeful tone of a family eagerly awaiting the coming-home of a child.  Witnessing to the gospel ought to be like that: about simply telling the truth about Christ, about ourselves, and inviting others joyfully.

Ours is an age of balkanization among armchair ecclesial experts.  The martyrs of the past certainly knew what it was like to face controversies in the Church; Campion is a shining example.  It is worth noting, though, that the controversies between the Jesuits and the Church of England have subsided to the extent that made the 2009 Campion Award possible.  I wonder if today’s antagonists have the imagination to see a future in which their controversies might similarly recede into the past.  Perhaps the sacrament of reconciliation could be a catalyst for such imagination.  Perhaps instead of focusing exclusively on our personal sins, we might collectively focus on the sins which lead to division within the Church.  And perhaps we might pray for the grace to imagine the Church as a place of reconciliation, the way Christ embodied in his flesh the reconciliation between God and the world. 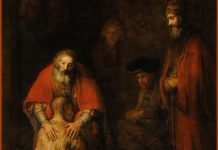 Five Ideas for Responding to a Refusal to Reconcile 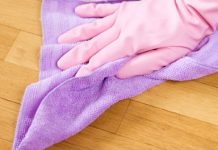 Housecleaning Leads to an Examen of Physical Surroundings 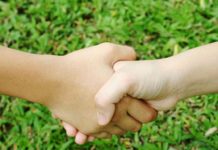 Two Differences between Forgiveness and Reconciliation