I sometimes keep notes about things that happen in prayer but I seldom look at them. Joseph Tetlow, SJ, thinks it’s a good idea to do that. Here are some suggestions for reviewing former prayer.

Here are some likenesses: Two friends have been going over the picture album of a two week vacation together when they ask each other how many different places they had seen. They flip back through the pictures swiftly, recalling this town and that mountain, noting where they stopped. A summary of former prayer is like that.

Another likeness: The chairperson of a little volunteer organization wonders, while preparing for the next meeting, how many different projects the group has volunteered for during the past six months and what worked and what didn’t. The leader quickly flips through notes and minutes, counting and appreciating and valuing, and then prepares what to say to the members. A summary of former prayer is like that. . . .

So I prepare the material well before my time for prayer. I look back over all that I have prayed over during a specified period. I single out intense experiences, sharper convictions, images, and ideas. I note both positive and negative elements.

When I come to pray, I do not spend too long on any single point. I try to figure out what I have gotten at during this period, perhaps seeing more simply and more clearly by moving over all of the matter. From this somewhat determined move through the fruits of earlier prayer, I find things to take to colloquy and petition.

Choosing Christ in the World 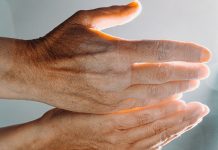 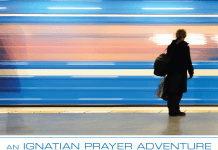 Examen for Those Experiencing Anxiety

How Much Do You Know About Ignatian Spirituality? Quiz