Tomorrow is the feast of the North American Martyrs, eight French Jesuits who were tortured and killed in southern Ontario and upstate New York in the mid-17th century during warfare between the Iroquois and Huron Indians. These Jesuits worked in conditions of appalling suffering and hardship. St. John de Brébeuf described the situation in a letter to a friend in France who was coming to join them:

We shall receive you in a hut, so mean that I have scarcely found in France one wretched enough to compare it with. Fatigued as you will be, we shall be able to give you nothing but a poor mat for a bed. Besides you will arrive when Ã¯¬â€šeas will keep you awake most of the night.

It was a different time, but was it so very different? Today the Jesuits are anxiously seeking word about the fate of Fr. Paolo Dall’Oglio, kidnapped in July by radical Islamists in Syria. The persecution of Christians today is the subject of a new book by John Allen, the widely respected Vatican analyst.

We admire the North American Martyrs for their dedication to God and for their good cheer. John de Brébeuf told his friend, “When you reach the Hurons, you will Ã¯¬nd us with hearts full of love.” 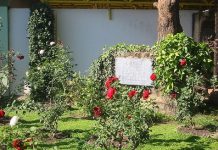 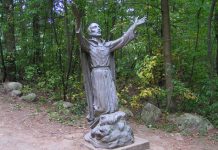